Last night, the GOP contenders for the Oval Office engaged in their first debate. It was viewed by a record 24 million people, numbers comparable to Sunday Night Football. Hosted by Fox News, the debate was anticipated by many to be…well, no one knew what to expect. Would Donald Trump engage in more sensationalist immigrant bashing (of course)? Would someone bring up the Chris Christie/Barack Obama hug (thanks to Rand Paul, yes)? Would Jeb Bush finally answer the question about whether or not he thinks the Iraq War was a good idea (sort of)?

One thing we knew for sure, however, was that the topic of immigration would take center stage. Ever since Donald Trump’s anti-immigrant remarks – which included calling Mexican immigrants drug mules and rapists – and the alleged murder of Kathryn Steinle at the hands of an undocumented immigrant, immigration has topped the list of politically-salient issues.

So, what did the participants of the most watched debate in history have to say about the current hottest political issue? Turns out, they had a lot to say. 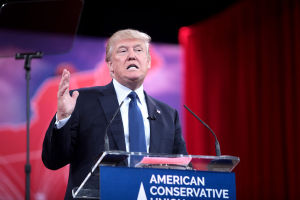 Mr. Trump, when prompted to provide specific evidence supporting his claim that the Mexican government sends their worst citizens to the U.S., offered the following: “Border patrol. I was at the border last week. Border patrol people that I deal with, that I talk to, they say this is what’s happening because our leaders are stupid, our politicians are stupid, and the Mexican government is much smarter…they send the bad ones over because they don’t want to take care of them. That’s what’s happening, whether you like it or not.”

Jeb Bush, Donald Trump’s most viable contender at present, was asked to defend a very different sentiment. In April of last year, Mr. Bush famously called illegal immigration “an act of love,” an obvious divergence from the fairly rabidly anti-immigration position of his party. Last night, he echoed the same sentiment, saying, “I believe that the great majority of people coming here illegally have no other option. They want to provide for their family. But we need to control our border.”

Scott Walker, the nearly-ousted governor of Wisconsin, also chimed in. In an attempt to defend his shifting stance on immigration, Mr. Walker replied that he changed his mind (from being supportive of a pathway to citizenship to against comprehensive immigration reform) because he “actually listened to the American people.” He now takes the popular approach of supporting legal immigration while militarizing the border.

Finally, in perhaps the most ironic sweep of delusional rhetoric, Marco Rubio called the United States “the most generous country in the world” when it comes to immigration.

The great takeaway from the debate on the topic of immigration is two-fold. One, it is not going away. Immigration was the first item covered in last night’s debate and it is likely that, until a conclusion is reached on President Obama’s legal battle to enact his executive order, it will remain a highly talked-about issue. It is also a crucial and relevant topic for Hispanic voters;so we can expect to hear about it at least until the end of the 2016 election season. 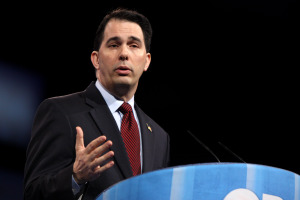 The second take-away is that while the GOP field is nuanced when it comes to candidates’ stances on immigration, these views are by and large based in delusion, have the purpose of appealing to potential voters’ fears, and are generally factually inaccurate.

Mr. Trump speaks nearly apocalyptically about the tides of Mexican criminals streaming across our southern border, yet Mexican immigration to the U.S.has ebbed in recent years. Last night, Marco Rubio painted the United States as a charitable benefactor of the poor, huddled masses, but actively supports severe immigration policy. Scott Walker’s 180-degree turnaround on immigration is a microcosmic example of how the candidates will continue to use immigration as a political football throughout their campaigns. “Listening to the American people” on immigration is a complicit confession to pandering to the voters.

It is unlikely that the GOP candidates will even begin to consider immigration as the human issue that it actually is. We’ll continue to hear rhetoric like “more boots on the ground” and “strengthen our borders”; meanwhile, mothers are languishing indefinitely in detention centers, and children are being deported back to dangerous environments because they did not have access to legal representation. While candidates flippantly lob racist remarks and oppose pathways to citizenship, families are destroyed and people are criminalized because they could not afford the behemothic amount of resources required to traverse the legal channels of the American immigration system.

If you are looking for tangible policy ideas that are more than rhetoric, don’t look to the GOP campaign trail.

Hispanic Americans: An Established Minority
20 May 2015
Elections and Immigration: What the Candidates Think
4 May 2015
Unemployment Benefits’ Impact on Green Card Applicants
5 May 2020
No Comments