If there is one thing to take away from the horrible year that has been 2020, it’s that protecting and advocating for human rights is more important than ever. The key values of our society such as fairness, dignity, equality and respect are in need of more support than ever before. 2020 and the COVID-19 pandemic has only exacerbated issues of food security, financial security, and exploitation of individuals in vulnerable situations. As a result, the United Nations (UN) has designated the theme for this year’s Human Rights Day which is recognized annually on today’s date to be, “Recover Better.” At the center of this theme is the goal of addressing, “the failures exposed and exploited by COVID-19” and the application of human rights standards “to tackle entrenched, systematic, and intergenerational inequalities, exclusion and discrimination.” Migration issues may not be in the spotlight like in past years, due to the COVID-19, but they too remain critical.

As migration is expected to become a more prominent concern in the coming decades due to climate change and other factors, it is increasingly clear that a lack of human rights-based migration is also becoming more common. The violation of migrants’ rights in transit, at international borders, and in the countries they migrate to has become routine. In the U.S. for example, migrant families were separated, kept in under-equipped facilities, and then subsequently “lost.” In Australia, the government continues to hold refugees and asylum seekers who arrived by boat on offshore islands marking more than five years since the reintroduction of its draconian offshore processing and settlement policy. 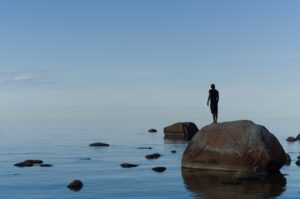 These are just a few examples—from countries we would expect to have a better record on human rights—among many, where migrants in nations around the world face similar or worse conditions. The need to recognize migrant rights as human rights is dire, but as awareness of migrant circumstances continues to grow, more people have slowly begun doing so. In the U.S. alone, a majority of Americans now believe that immigrants are good for the country and a historic low believes the opposite since polling on the subject first began in 1965.

At our firm, the recognition of migrant rights as human rights is ingrained in our DNA. We believe that not only is migration a human right, but a vehicle for the fulfillment of human potential. As long as there have been humans, animals and other organisms, there has been migration. The desire to roam, explore, and seek greener pastures, is ingrained in the very essence of our being and only in recent history, have our governments attempted to control the porous nature of the borders they created with a web of regulations and physical barriers.

As a result, migration as a human right and the open borders that would accompany it, are not likely to become a reality anytime soon. However, that does not mean that humanity should give up on advocating for a more democratic way to regulate migration through mindful reforms in migration policy. For it is only through these reforms that we can restore humanity’s faith in the ideal of a just system that will allow those suffering from persecution, oppression, dysfunctional governance, or poverty, to have the opportunities to find their way to nations where they can build a better life themselves and a better world others.