A New Age is Dawning In Immigration

The Biden Administration is expected to pursue epic changes to America’s Immigration Policies.

We should see a return to the American tradition of welcoming immigrants. This includes a greater understanding and sympathy toward the millions of refugees and migrants stranded in various parts of the world seeking an opportunity to begin life anew in a country where they can find peace and security.

We may see a fundamental revaluation of the moral and philosophical principles guiding the new administration on the issues of migration, along with the many other issues this country will face. It will no longer be “America First,” which in practice meant turning our backs to the suffering of others. It will be “Humanity First,” meaning a return to decency, respect, compassion and action to help refugees, the persecuted, the climate change victims, and those who want to bring their talents and abilities to create a better future for us all in the land where the future is created. 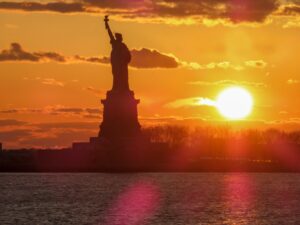 To the millions of undocumented people who have lived among us for years, and who worked in our factories, farms, and homes, they have demonstrated their ability and willingness to build communities and a better tomorrow. As such, they should gain a path to citizenship along with the DACA and TPS beneficiaries.

The enforcement of our immigration laws and the control of our borders will be guided by ideals of justice that include caring and respect for our fellow human beings, not by fear and disregard for their human dignity. Our officials charged with enforcing our laws at our borders, and preserving the security of our country, it is hoped, will be tasked to instruct their officers to act with professionalism, and compassion toward everyone.

We can also expect a new approach toward those legions of educated and talented foreign professionals, entrepreneurs, artists, and scientists who will be seeking visas in order to contribute their talents to our country. The new administration will likely amend the rules to facilitate their entry. The goal should be to eliminate the burdensome bureaucratic obstacles, restrictions, and barriers which prevent many highly capable people from coming, and many of our brilliant foreign students from staying after they receive their degrees.

Our immigration judges will be given autonomy from the enforcement officials of the justice department. They will be able to function unhampered by executive branch interference, and will be better positioned to render due process, and function as true courts of law, independent and bound only by their oath to uphold the rule of law.

The people have spoken. They have elected a President who has a vision of America as a beacon of hope for the entire world. One who will respect facts, will bring back decency and compassion to the Presidency, have a diverse leadership team that reflects the diversity of our great country, and we hope, will regain for the U.S. once again, the respect of the nations of the world.