Let’s All Agree to Stop Talking About Donald Trump

Donald Trump has been on everyone’s minds and lips since his contentious presidential candidacy announcement in June, which was, of course, his intention from the beginning. As he himself has said, “Controversy, in short, sells.” Trump’s constant stream of shockingly inflammatory nonsense is simply a well-managed campaign – and business – tool meant to garner unceasing attention and inspire around-the-clock conversation. And we’re lapping it up.

Many voters applaud Trump for really putting his finger on what Americans are “fed up” about (one American in particular, a former Grand Wizard of the KKK, especially admires this, noting that Trump “understands the real sentiment of America.” He endorsed him for president last week). If this included tangible policy issues, such as gun violence and control, labor issues, or a conversation about taxation, then this would be a valid commendation. Unfortunately, what Trump is most aptly managing to do is to rationalize our inclination to say whatever we want, and not have to apologize.

Trump gives himself the credit for making the issue of immigration relevant (never mind that immigration has been politically salient since the Senate passed a comprehensive reform bill in June 2013). In a way, he is correct. He has not stopped talking about what kinds of plans he has for managing immigration, including the Great Wall of Trump (paid for by Mexico, according to Trump), and the incredibly cruel “attrition through enforcement” plan, which would essentially strive to make life intolerable for undocumented immigrants and their loved ones. And, why should he stop talking about it? He soared in the polls after his campaign speech when he referred to undocumented Mexican migrants as rapists and murderers. 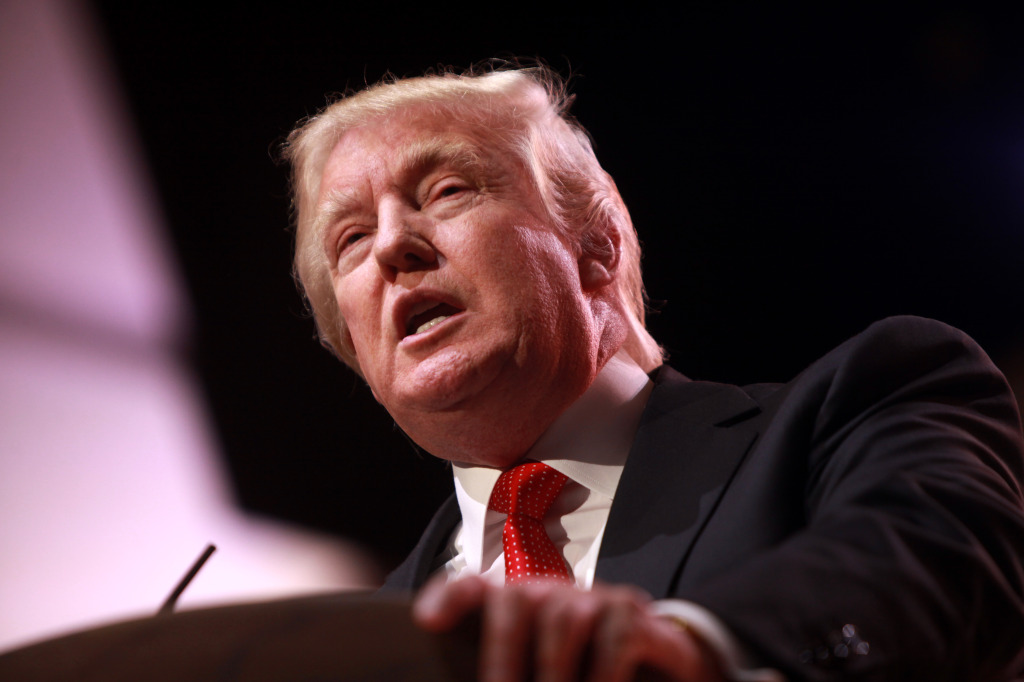 Immigrants in the United States have spent centuries navigating the periodic political ups and downs, the turnings of the social tides for and against immigration reform. They have weathered various politicians lambasting them for breaking the law, others hailing them for sacrificing for their families. One person on the street could call ICE if they knew someone was undocumented, another would pat that person on the back. Our collective schizophrenia about immigration as a political issue is nearly as inherent to our national character as immigration is itself.

Immigrants understand that political sentiment is not always with them, but when Donald Trump is permitted to call the legitimacy of birthright citizenship into question and still maintain overwhelming support, we have reached a new low. Birthright citizenship is the guarantee put forth in the 14th Amendment of the Constitution that babies born to parents in the United States are granted automatic citizenship. Questioning whether or not this applies to undocumented immigrants is not new; however, Trump is the only one with enough gall to suggest changing the Constitution.

In his now-infamous tussle with Jorge Ramos last week, Trump outlines what he considers to be a major problem with birthright citizenship. He said, “A woman is getting ready to have a baby, she crosses the border for one day, has the baby, all of a sudden for the next 80 years, hopefully longer but for the next 80 years we have to take care of the people. No, no, no, I don’t think so.”

The problem with Trump is not the danger that he will actually be elected to the office of President of the United States. The problem is what our consumption of his drivel says about us.

Trump’s vividly-constructed image of a woman in labor crossing the border with ease to give birth not only belies his tenuous relationship with reality, but also epitomizes his ability to command and use the tool of fear to garner and retain supporters.

His comments on birthright citizenship, along with the flippancy with which he discusses detaining and deporting every single undocumented person in the United States a la 1940s Japanese internment, should elicit in us outrage, disgust, and an unwillingness to even continue the conversation, let alone lend our support. Donald Trump should be considered the scourge of the 2016 Presidential campaign; instead, he now has a 14-point lead on his nearest competitor in Iowa.

Current polls aside, Donald Trump is not going to be president in 2016. Once push comes to shove, and voters turn out, he’ll fade into ironic obscurity once more, relegated to peddling his soundbites on smaller stages, as has happened in so many a past election season. He’ll once again become irrelevant, known for his drunk-uncle-esque insistence that Obama is from Kenya and that the Mexicans are out to infiltrate our nation and take our jobs. The problem with Trump is not the danger that he will actually be elected to the office of President of the United States. The problem is what our consumption of his drivel says about us.

We are the ones turning the gears in the Trump machine. Even with a near-constant onslaught of criticism in the media, the Trump campaign for President is alive and thriving. In fact, Republicans do not actually seem to care what he says as The Donald is the one saying it; when presented with a number of Obama’s policy ideas, the Republicans polled overwhelmingly supported issues like universal healthcare and the Iran deal if Donald Trump’s name was attached to them.

Let’s stop giving the spotlight addict the platform. Instead, let’s conduct ourselves as people unwilling to detach ourselves from human dignity because of an appeal to our fears of the Other. Let’s consider policy ideas rationally, and stop the dangerous practice of making a hero out of someone who is unwilling to apologize. Let’s stop pretending like we are entertaining the idea of abandoning a centuries-held Constitutional ideal so that we can redefine who gets to be an American based on who we, or Donald Trump, think deserves it. Because, we are better than that.

U.S. Detention: An Exercise In Inhumanity
24 Jul 2015
Unemployment Benefits’ Impact on Green Card Applicants
5 May 2020
No Comments
The Origins of Migration
26 Feb 2013