Ecuador Leads By Example in the Great Global Migration Debate 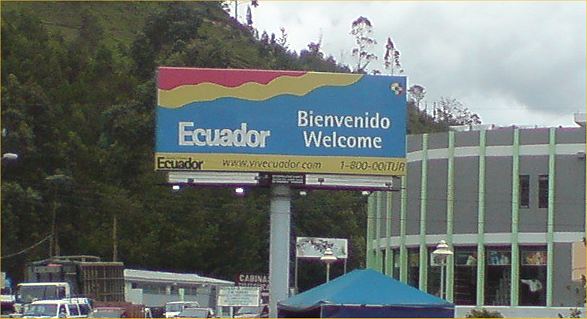 Ecuador will soon consider a groundbreaking new migration bill, which was presented to the National Assembly on July 16, 2015. The Organic Law of Human Mobility addresses the country’s various emigration and immigration waves and offers a new foundation on how to better understand people who relocate. Lawmaker Esteban Melo explained that under the new bill, “no human being will be considered illegal.”

While the rest of the world – the U.S. and Europe included – have been busy limiting legal migration routes and finding ways to keep “illegal” or undocumented people and refugees out, Ecuador may adopt a game-changing point of view that emphasizes the human quality in people that move. The law prioritizes changing the way we see and label migrating individuals regardless of the reason for a person’s desire to relocate.

In the U.S., the current debate emphasizes a difference in semantics and political opinion. Is a person “illegal” if he enters the country without a visa or any legal documents? The answer depends on who you ask, but one thing’s for certain – these people are not criminals. Being in the U.S. without legal status does not by itself constitute a criminal violation, rather it is a civil violation.

Ecuador takes this age-old debate down a different path and instead ensures a level of equality between emigrants, immigrants, refugees, and all others who fall in between the labels. The Organic Law of Human Mobility is designed to respect the principle of universal citizenship, the right of people to migrate, and particularly addresses the needs of refugees and victims of human trafficking. It was created in order to bring Ecuador’s migration laws in line with their 2008 constitution. Article 40 states that “the right to migrate of persons is recognized. No human being shall be identified or considered as illegal because of his/her migratory status.” The constitution also details a list of obligations towards arrivals from other countries.

The new legislation will cover all areas of migration, as well as visas, passports, and identity documents for foreigners. According to Ecuador’s president Rafael Correa, the bill guarantees rights to foreigners in Ecuador, including asylum-seekers, the stateless, and returning emigrants. In addition, the government is also planning on introducing programs to integrate foreigners into day-to-day Ecuadorian life. 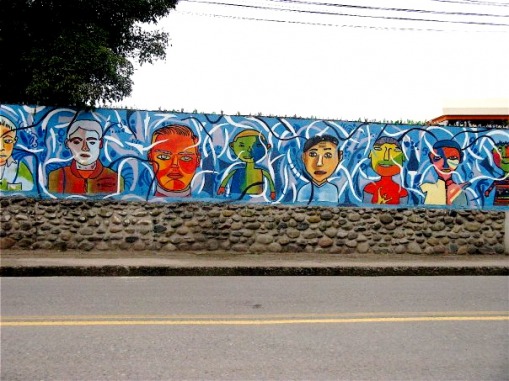 Diversity of Peoples Represented in Graffiti in Cuenca, Ecuador.

Ecuador is an important migrant destination and has Latin America’s largest refugee population, largely fueled by the conflict in neighboring Colombia. But there have also been major waves of Ecuadorian emigration. Since the early 1980s, Ecuadorians have been going overseas and today an estimated 1.5 million to 2 million live abroad in the U.S., Spain, or Italy. Correa is the first president to reach out to the Ecuadorian diaspora living overseas, and since 2007 has encouraged their return. Correa’s campaign, called “Welcome Home: For a Voluntary, Dignified and Sustainable Return,” was implemented to help families with their transition. Return migration from Spain specifically has increased.

Significant inflows of Peruvians and Colombians are also changing demographics. Armed conflict among the Colombian military, paramilitaries, and the rebel group FARC (Revolutionary Armed Forces) has been a major push factor for fleeing refugees and the Ecuadorian government has struggled to address the influx of asylum-seekers to their borders. According to the Migration Policy Institute, the country is also the destination of exploited women and girls from Colombia, Paraguay, and Peru, and the source region for a small number of Ecuadorian women who are sex trafficked to Colombia and Brazil.

The new bill is likely a response to criticism from human rights organizations that claim Ecuador was not offering adequate protection to vulnerable migrants. Human Rights Watch, for instance, said that asylum application procedures in the country did not provide rigorous safeguards that international standards require.

The motivation to repatriate Ecuadorian emigrants was also probably a factor in pushing for new legislation. National Assembly President Rivadeneira said that the bill contains measures to attend to the special needs unique to Ecuador, in particular of those people who are returning to the country after having lived abroad.

Ecuador’s new migration bill emphasizes the fact that mobility as a human right must be central to developing policies. The stigmatized reputation, that immigrants steal resources and jobs from nationals of their host country, is prevalent internationally; but because Ecuador is trying to attract its own citizens to come back, the rhetoric has a different, friendlier tone to all those seeking opportunity in the country.

Like all laws, the bill will be subject to a debate by government officials in late 2015 or early next year. Whether Ecuador can actually implement this new approach remains to be seen, but hopefully other countries will take note of the intention and follow suit with a change in perspective.