The Human Cost of “Not in My Backyard”: Who is Responsible for the Migrants at Sea?

Part I:  The Rohingya and Southeast Asian Countries

The Mediterranean migration crisis is not just Europe’s problem, just like the Rohingya refugees are not simply Southeast Asia’s responsibility. The United States, as a Western democracy that supports human rights for all, also has a moral obligation to lead by example and provide support and aid for these kinds of humanitarian dilemmas. We are shielded from the root of the problem by the width of oceans and the spatial expanse of many time zones – in that sense, we are lucky. But this distance does not alleviate America’s duty to confront the issues of refugees and asylum-seekers on our own doorstep;  we also have an unfortunate history of turning away people who are in need of our support and protection.

Last week more than 1,500 refugees fleeing persecution in Myanmar, and others leaving Bangladesh because of poverty, came ashore to Thailand, Indonesia, and Malaysia. The three nations have sparked global outrage by turning away overcrowded boats, while thousands of migrants are still believed to be stranded at sea after a Thai crackdown disrupted people-smuggling and trafficking routes – a deadly, common, and illegal practice.

The travelers agree to board unsafe boats and endure inhumane conditions – sometimes ending up owing exorbitant sums and forced into years of fruitless work to pay the debt – out of despair and a genuine lack of opportunities. If they do reach their intended destinations, they are usually denied entry and turned back into the choppy waters of the Andaman Sea. The United Nations refugee agency (UNHCR) estimates that 620 people have died at sea since October; the fate of 7,000 to 8,000 migrants is still in question and their whereabouts unknown since they were abandoned by traffickers at sea. The deaths are reportedly due to starvation, dehydration and beatings by boat crews.

We must consider the root causes and desperate circumstances of those fleeing. Many of the migrants from Myanmar (Burma) are members of the Muslim Rohingya ethnic group, whose 1.1 million members are suffering from persecution and living in apartheid-like conditions. In 2012 alone, almost 140,000 were displaced in clashes with ethnic Rakhine Buddhists. 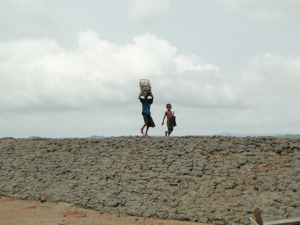 Indonesia and Malaysia agreed on Wednesday to take in thousands of migrants stranded at sea until they can be sent home or resettled in a third country. This is the first official action by Southeast Asian nations to try and resolve the crisis, but is only a temporary fix to a growing concern. Myanmar did not participate in the talks that led to the agreement and Thailand, which has been a way station for the migrants and, until recently, a haven for traffickers, did not agree to take in anyone.

Meanwhile Gambia has graciously volunteered to take in all Rohingya refugees as part of its “sacred duty” to alleviate the suffering of fellow Muslims. But what kind of future can Gambia provide? More than 5,000 migrants, including Gambians, have died in the past 18 months while trying to get to Europe, meaning Gambians themselves are fleeing their home country in search of a better life free from abuse. The Gambian government is frequently criticized for extra-judicial killings and torture.

More cooperation between Southeast Asian countries is needed and Myanmar specifically must resolve internal complexities by providing education and health care to the Rohingya, making them less likely to risk their lives by boarding boats destined for unknown, mostly hostile, second or third countries. Myanmar, in many respects, is evolving into a more open, democratized political society, save for the ruling regime’s refusal to acknowledge the brutal marginalization of the Rohingya, let alone take steps in limiting ill-treatment. Perhaps the United States, as a global leader, ought to use this crisis as an opportunity, both to advocate for the future of the Rohingya refugees and open a conversation in Southeast Asia on how to avoid such unfortunate human calamities in the first place.

Thailand will host a regional conference on May 29, where the migrant crisis will be high up on the agenda. Let’s hope Myanmar will consider coming to the table and not turn a blind eye to contentious illegal immigration and human rights issues, and that the UN and Western countries will apply pressure to where it is needed most.