Could the Obama Administration do more with Immigration Reform?

When President Obama announced his executive order for immigration reform last November, he angered many members of the Republican Party who then brought the issue into a Texas courtroom. Judge Hanen was hand-picked by 26 Republican-nominated states to put the brakes on DAPA – and he did just that with a temporary injunction that was recently upheld by the 5th Circuit Court of Appeals.

This narrative makes it sound like immigration reform, clouded with partisan opposition, was doomed from the start, even though most legal scholars agree that the president acted within his executive, legal authority. But the details of how we got to the Texas courtroom in the first place reveal blatant oversights and mistakes by Obama’s legal team, and that perhaps, this thorny lawsuit could have been avoided. 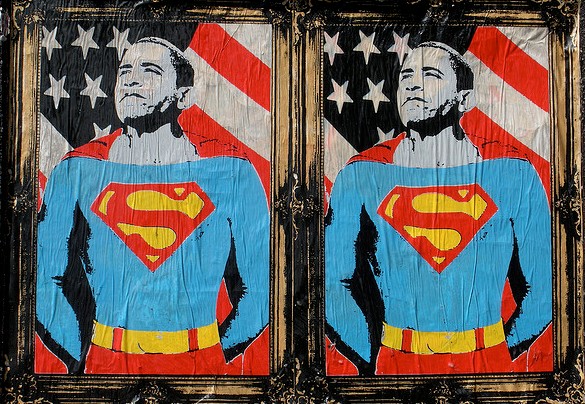 According to a recent report by the Center for Human Rights and Constitutional Law, implementation of DAPA and expanded DACA has been blocked by the federal courts primarily because the Department of Homeland Security (DHS) failed to publish the programs as “proposed regulations” and give the public 30 days to comment before implementing the directives as agency regulations. Judge Hanen’s order cited the administration’s failure to comply with the Administrative Procedures Act (APA), since a 30-day “notice and comment” period was never put into action.

The APA requires agencies to publish in the Federal Register any proposed rules, regulations, procedures, or other initiatives that have a public impact, and requires the publication to occur well in advance of the proposed implementation date. This is to allow all interested parties ample time to comment on the proposed rules. The report states: If President Obama published DAPA/DACA as a formal regulation, “…the legal basis for the current injunction blocking the programs would be wiped out without risking lengthy appeals.” DAPA/DACA would be considered a “substantive right” instead of a “privilege,” giving applicants and recipients stronger enforceable legal rights.

The Obama Administration rejected Hanen’s reasoning, explaining that the executive measures were a policy shift and involved “nonsubstantive” rules and therefore do not have to be published as formal regulations. They emphasized that only regulations carry the burden of soliciting public comment. As a mere policy, DAPA/DACA can be changed overnight by any future administration, while a regulation (also called a “substantive rule”) is more formal.

The Administration’s arguments are troubling, since vulnerable immigrant communities and their advocates want positive policies implemented into regulations – they provide greater protection against arbitrary treatment and unilateral cancellation. Moreover, if the Administration had addressed Judge Hanen’s initial complaint, DAPA could have taken effect this past May.

So why did Obama choose to file an appeal and continue to fight instead of completing this extra administrative step?

Some go as far as suggesting that Obama wanted DAPA to be held up for political gain. President Obama waited several years to address administrative reform hoping that Congress would adopt comprehensive legislative reform. This strategy is now criticized since it has been obvious that consensus in Congress is not present. By the time the Administration issued DAPA and extended DACA, it knew that it would be challenged in court, and since it was so late in the game (November, 2014), it also knew that the programs would likely end up in the hands of the next administration.

Was immigration reform simply just too much of a hot-button topic for President Obama? Karen Tumlin, managing attorney at the National Immigration Law Center:  “This is clearly an Obama-legacy program, much like Obamacare. The human costs are enormous.”

Even now after the 5th Circuit ruling, the Administration could remedy their mistakes and open a “notice and comment” period, which would jumpstart the process for the federal government to begin accepting applications. But that would require admitting they were wrong and the Administration isn’t exactly jumping on that opportunity. Plus notice-and-comment is a very cumbersome process and could take up to a year, well after Obama’s term is over.

Some lawyers also believe that Obama lost because his team was not qualified to take on the hefty case. Instead of consulting with immigration lawyers from the Department of Justice, the President brought on attorneys from the Office of Civil Rights, who are far from being experts on immigration law.

Meanwhile, immigration reform advocates and undocumented immigrants are still making preparations for DAPA. They are undeterred and confident that the Administration will win at the court proceedings in July, when they will again try to persuade the court to let the reform programs proceed pending an argument on the merits.

Stay tuned, but don’t hold your breath. It’s going to be a long battle.