This month, the Board of Immigration Appeals (BIA) published Matter of M-E-V-G-, 26 I&N DEC. 227 (BIA 2014) and Matter of W-G-R-, 26 I&N DEC. 208 (BIA 2014), both of which consider the eligibility of asylum and withholding of removal protection in the United States in the context of membership in a “particular social group.” Respondents in both cases feared persecution from gang violence in their home countries in Central America. One respondent’s claim was remanded to the immigration judge for further analysis. The other was dismissed for failure to establish that he belonged to a “particular social group” and that there was a connection between his claimed group and the harm he fears.

The first decision, Matter of M-E-V-G-, clarified the “social visibility” element of the decision. It affirmed that in order to establish a “cognizable ‘particular social group,'” literal (“ocular”) visibility is not required, and that element was adjusted to “social distinction.” In addition, it stated that an applicant’s status as a “refugee,” based on the demonstration of past persecution and fear of future harm (as per the definition set forth in the Immigration and Nationality Act), is contingent upon establishing membership in a “particular social group.” As acknowledged in the decision, defining a “particular social group” is difficult, especially in the context of seeking asylum and establishing refugee status, and thus three defining criteria were specified. In order to be considered a “particular social group,” the group in question must be “(1) composed of members who share a common immutable characteristic, (2) defined with particularity, and (3) socially distinct within the society in question.” Furthermore, the decision asserts that regarding a group as a “particular social group” for asylum purposes is to be determined by the perceptions of the society in question, not the perception of the persecutor. The Board seemed to have been persuaded in part but the reasoning of the July 2013 Sixth Circuit decision,  Umaña-Ramos v. Holder, which found that “social visibility” exists if those with the relevant shared characteristic is perceived as a group by society, not if the group’s individual members are visually recognizable “on-sight.”

The second decision, Matter of W-G-R-, reiterated much of the above, however, the BIA added that the respondent was responsible for the burden of demonstrating the existence of a “particular social group,” and also risk of persecution “on account of” his membership in that group. In light of this, the Board determined that the respondent did not meet the burden, and failed to establish both that “former members of the Mara-18 gang in El Salvador who have renounced their gang membership” constituted a “particular social group,” and that a nexus exists between his status as a former gang member and his fear of harm. This holding, however, is not consistent with Urbina-Mejia v. Holder, 597 F.3d 360 (6th Cir. 2010), which considers former gang members as a “particular social group.” 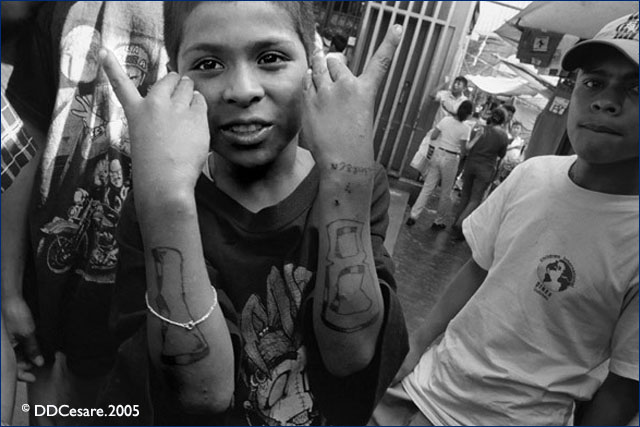 There is a tension now between the Board and the Sixth Circuit regarding the “former gang members” social group that could adversely impact future applicants for asylum and withholding of removal. Considering this tension, George P. Mann and Associates disagrees with the holding of W-G-R-. Gangs and the violence they precipitate are ubiquitous throughout Central America, and those that flee such instability should have the opportunity to seek refuge in the United States. We hope that the Circuit Court of Appeals will not defer to the Board on this decision, and we will litigate this issue zealously.

If you fear returning to your home country, contact George P. Mann and Associates to see if we can help.