Immigration Reform in Detroit & Our Clients

Michigan United, a prominent immigrant advocacy group, held a rally and press conference yesterday calling on Detroit City Council to approve of a resolution in support of the Deferred Action for Parents of Americans (DAPA), to urge the federal courts to allow it to move forward , and other immigration reform policies. The rally took place in front of the Spirit of Detroit Statue at the Coleman E. Young Municipal Building. Community members also gathered to encourage the city of Detroit to opt-out of the Priorities for Enforcement Program (PEP), a federal initiative which uses police departments and their information to deport immigrants. A resolution in support of refugees and asylum-seekers was also encouraged.

The cases of three of our clients, Ever Cornejo-Herrera, Monica Bandutsya, and Alvaro Lopez-Salgado, were highlighted during the rally, and attorney Oana Marina came out on behalf of the GPM team to show our support for their families. All three are facing imminent deportation even though each has been in the U.S. for over 10 years and none have a criminal record. 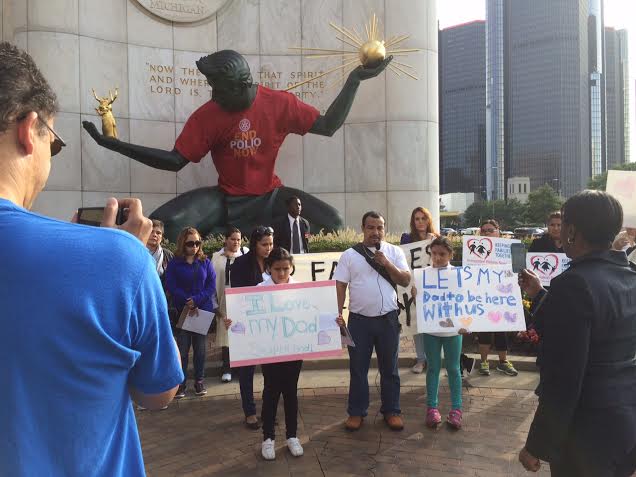 Alvaro Lopez with his two daughters speaking about immigration reform to a group of community members.

As a single father threatened with deportation, Alvaro Lopez spoke about comprehensive immigration reform and his two U.S. citizen children, who were also present with signs showing love for their father. Ever Cornejo’s wife, Mirelle, spoke from the heart about how her husband is a loving and hard-working father, who has been detained since April 2015. Monica Bandutsya bravely shared her fear of being deported to Uganda, where she suffered from female genital mutilation (FGM), not to mention her daughter’s tragic suicide in the U.S. 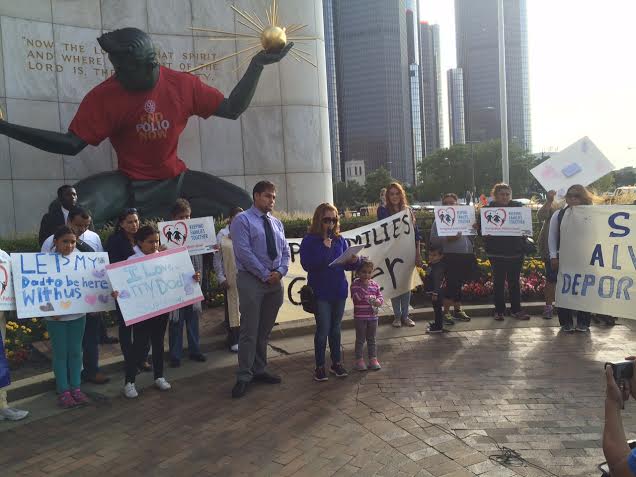 Ever Cornejo’s wife, Mirelle, speaking at the rally.

Following the rally, everyone attended the press conference, where the city council discussed their friendly immigration/refugee resolution in the context of President Obama’s recent announcement of welcoming 10,000 Syrian refugees in the next fiscal year.

Coincidentally, a few hours later we received some good news. Our motion to reopen Monica’s case was granted. After 15 years of suffering with uncertainty in the U.S. and overcoming her daughter’s suicide, she now has renewed hope. The reopening guarantees stay in the country while the case is pending. Hopefully now Monica will be allowed to proceed with her application for lawful permanent residence (LPR) status based on her U.S. citizen husband’s petition. 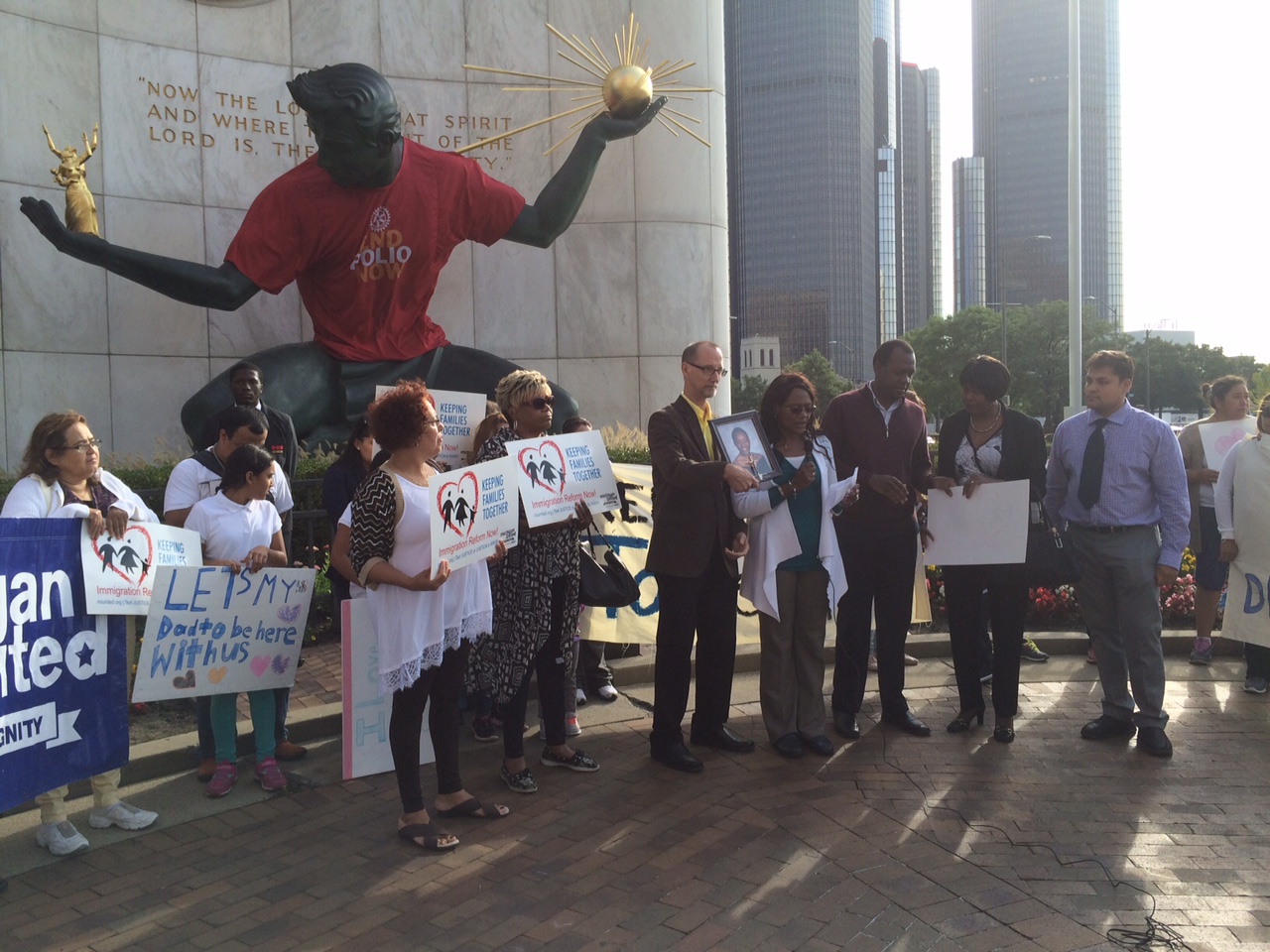 We support Michigan United and our clients in their continued struggle against unjustifiable deportation policies that separate American families, and we are ecstatic about today’s outcome. The Detroit City Council voted in favor of a resolution stopping the deportation of families (DAPA), another resolution welcoming refugees and asylum-seekers, and one that does not allow the cooperation between local police and ICE to seek the deportations.. Hopefully more people will get the relief they deserve. All three resolutions were sponsored by Councilwoman Raquel Castaneda Lopez and passed unanimously.