How am I Supposed to Get Around if I Can’t Get a Driver’s License?

Unfortunately, under Michigan law, undocumented immigrants are ineligible to apply for and receive a Michigan driver’s license, as Michigan law requires proof of U.S. citizenship or “legal presence” in the United States in order to obtain one. The immigration process is a long one which, more often than not, can take years to conclude, leaving undocumented immigrants without a valid means to get around for the duration of the process. In some situations, these individuals can apply for work authorization (and later for a driver’s license) while their application is pending. But for many people, especially those in removal proceedings who have applied for withholding of removal, work authorization is unavailable if, for example, they waive an expedited hearing. So, many clients ask me how they’re expected to get around while the immigration process runs its course. The short answer is simple: you don’t actually need a Michigan driver’s license to legally drive in Michigan. 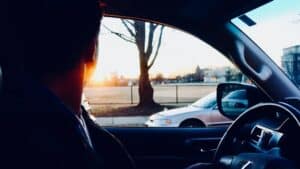