Congratulations to our client Felipe Davila, who became a U.C. citizen on July 27, 2015.

“It was 1985, with no e-mails, no cell, and no internet. I went to the traditional yellow pages and saw Mr. George P. Mann’s advertising. I went to his small office and we had an interview. He said: “We will try but it might take some time. We will go step by step together, you need time and patience.” His comments built trust and confidence that I was in the right place. Two years later, in 1987,  I received my green card and permanent resident status. For no real reason, I did not request citizenship status sooner. But 28 years later, with the same trust in Mr. George P. Mann and Mr. Marcel Miclea, I finally got my naturalization and USA citizen status last Monday July 27, 2015. I’m in the right hands with a very ethical & professional team led by Mr. Mann. Thank you Mr. Mann.”  ~  Felipe Davila. 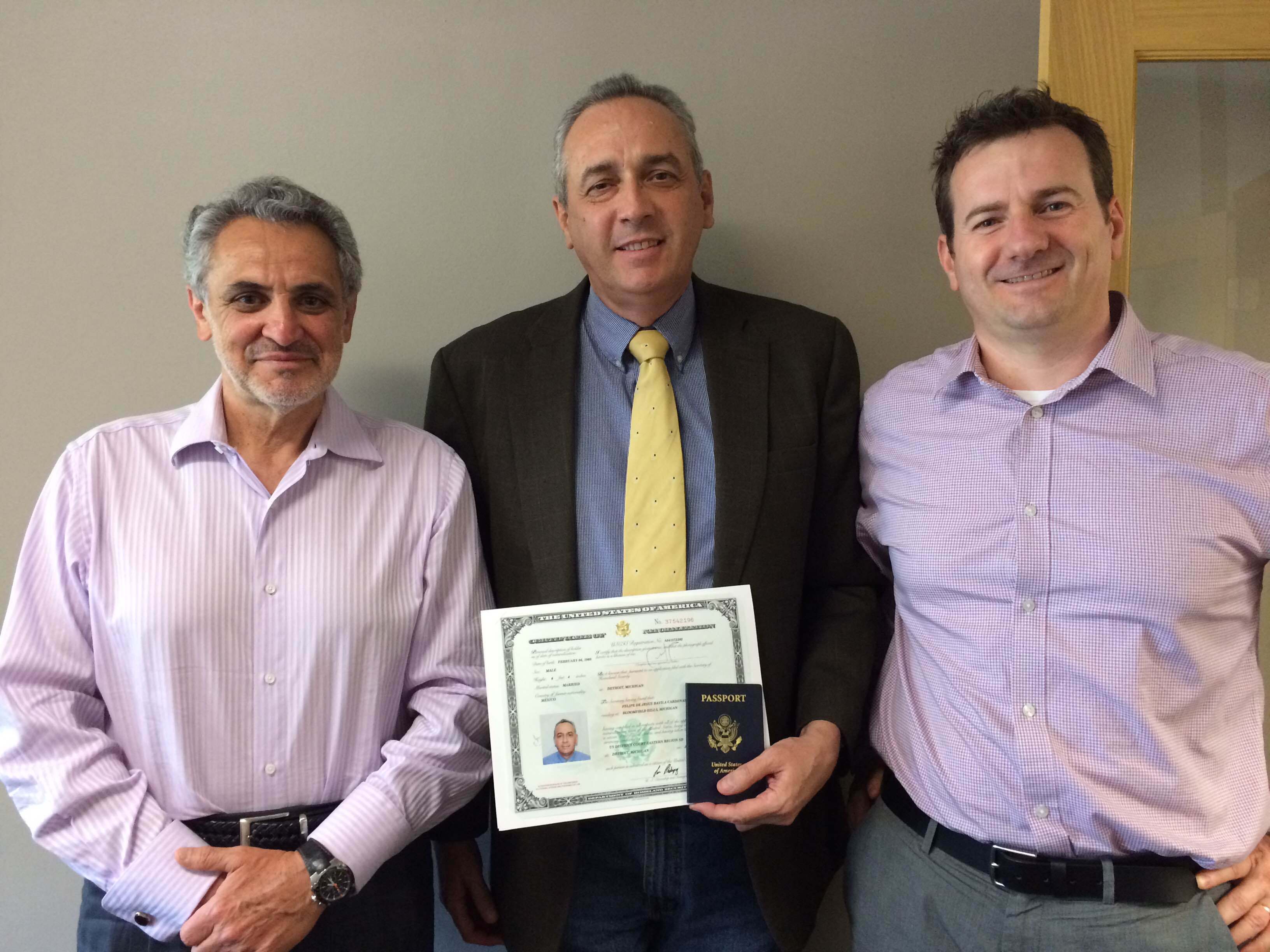