7 years ago
gcadmin
Attorney of the Month, Blog

Albert Valk came to the United States from Riga, Latvia in 1989 with the intention of continuing an engineering career. His first job was at a chemical recycling plant in Detroit, but after ten years of living and working in the U.S. — and a few unpleasant experiences with American lawyers — Albert decided that law school would lead him to his true calling. Given his scientific and engineering background, he graduated Wayne State University Law School hoping to pursue a career in patent law.

But it seemed the former Soviet refugee was fated for immigration law, one way or another. With a license to practice law already under his belt, Albert was still working as an engineering manager in May 2005 when his cousin asked him for help with his immigration case, which, at that time, was being handled by GPM. Albert reached out to GPM regarding the case, and, unbeknownst to him, the firm was opening a new office and looking to hire new attorneys. Albert came on board that same month, and the rest is history!

Albert started out attending USCIS interviews and going to Immigration Court, but now, a large portion of his work is focused assisting deportable clients and interacting with ICE. He has an intimate understanding of how ICE operates, and throughout the last decade, he became well-known by the Detroit ICE office. Specifically, Albert spends most of his time finding relief from removal for our clients, and represents them while they are under supervision and/or in removal proceedings. “When our clients are under threat of removal, I’m there to soften the blow,” he explained. 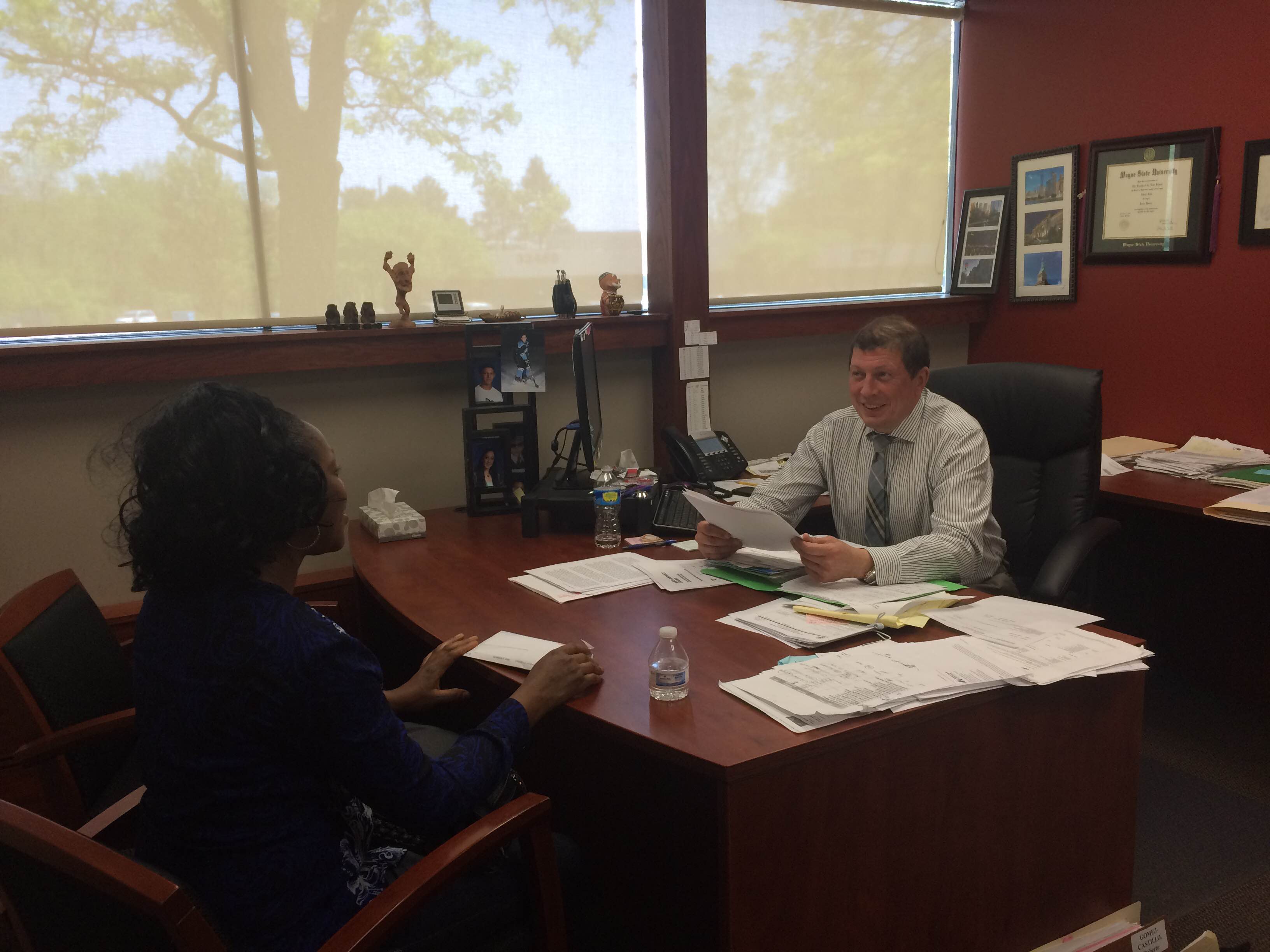 Albert is different from the other attorneys on our team because of his deep roots in the local Russian-speaking community. He estimates that 70 percent of the people he represents are from Ukraine, and other large proportions include those from Uzbekistan, Russia, Armenia, Georgia, and Azerbaijan. Primarily, he looks to help these clients unify with their families through consular processing and adjustment of status. In the past, immigrants from the Soviet Union had strong asylum claims because of the Cold War and the dismal social, economic, and political conditions brought about by authoritarianism and Communist rule. But because immigration law strategy changes as geopolitical conditions change, Albert is often cautious today about recommending asylum to clients from this part of the world. Since 1991, immigration politics made eligibility for these asylum seekers more difficult to prove. Thus other strategies became better suited for our clients from Eastern Europe.

The case of Tatjana Llusho exemplifies the delicate work Albert does in bringing people from the brink of removal to reunification with their families. When Mrs. Llusho, an Albanian woman, and her children first came to our office in 2009, they were in a precarious situation. Tatjana and her daughter, Herta, both had final orders of removal issued after a failed asylum claim and unsuccessful appeals. Both were facing imminent deportation and had received “bag and baggage” letters from ICE. At that time, Mrs. Llusho’s son, Lirjon, was in the U.S. on a F1 student visa, but that status that could not help his family.

Thanks in large part to Lirjon’s efforts, however, the Llusho family’s case made waves among individuals and groups in the policy and advocacy community. Lirjon reached out to community members and lawmakers to advocate on his sister’s and mother’s behalf. A package was put together to support a stay of removal application. Herta also went to Washington D.C. as an invited guest to speak with Senate staffers on her situation and the Dream Act.

The pressure from lawmakers kept ICE officials at bay for a while. Eventually, however, as the visibility of the Llusho’s case waned, it became clear that ICE was preparing to remove our clients. We received word that ICE was looking to obtain Electronic Travel Documents for Tatjana and her daughter, in order to quietly send them back to Albania. We quickly filed a stay of removal request for the two, and both were granted stay for one year, which had to be renewed yearly. In the meantime, Lirjon married a U.S. citizen, allowing him to adjust status. Based on Lirjon’s U.S. citizenship, we filed a I-130 petition for his mother, which was approved. After that, Albert secured concurrence from ICE and filed a motion to reopen with the Board of Immigration Appeals (BIA). Mrs. Llusho’s removal proceedings were finally terminated and she received her green card in February 2016, ending a nine year immigration battle.

Unfortunately, we are not able to keep all our client safe from deportation and removal. Albert’s exposure to ICE means he has seen more than his share of families torn apart. According to Albert, ICE often acts in ways inconsistent with Department of Homeland Security (DHS) policies, and at times interprets policies subjectively. This leads to unnecessary hardship for immigrants and their families. In November 2014, DHS released Enforcement Priority guidelines for ICE, which were meant to streamline objectives about which immigrants should be targeted for removal, and which people who should not be considered a priority. However, the language of the guidelines is vague, and ICE officers often take upon themselves to define who should be designated for removal and who should not. “The guidelines on priority for removal leave too much room for discretion, leading to inconsistent decisions regarding enforcement,” Albert added.

In Detroit, this problem is especially visible. According to Albert: “Every time I go to ICE (3-4 times per week), I don’t know what will happen.” Although immigration policy is under the umbrella of federal law and made on a national level, it is enforced locally, subject to the inclinations of local ICE officers. Because of this, it is even more crucial for nationwide guidelines in the area of immigration law to be crystal clear. As it stands today, however, it seems that local officers and officials are making many case decisions and implementing federal law with a large degree of subjectivity. In order to ensure our clients’ rights are being protected and the law is being implemented uniformly, a clearer definition of enforcement priorities is needed so that local ICE decisions are not arbitrary or capricious.