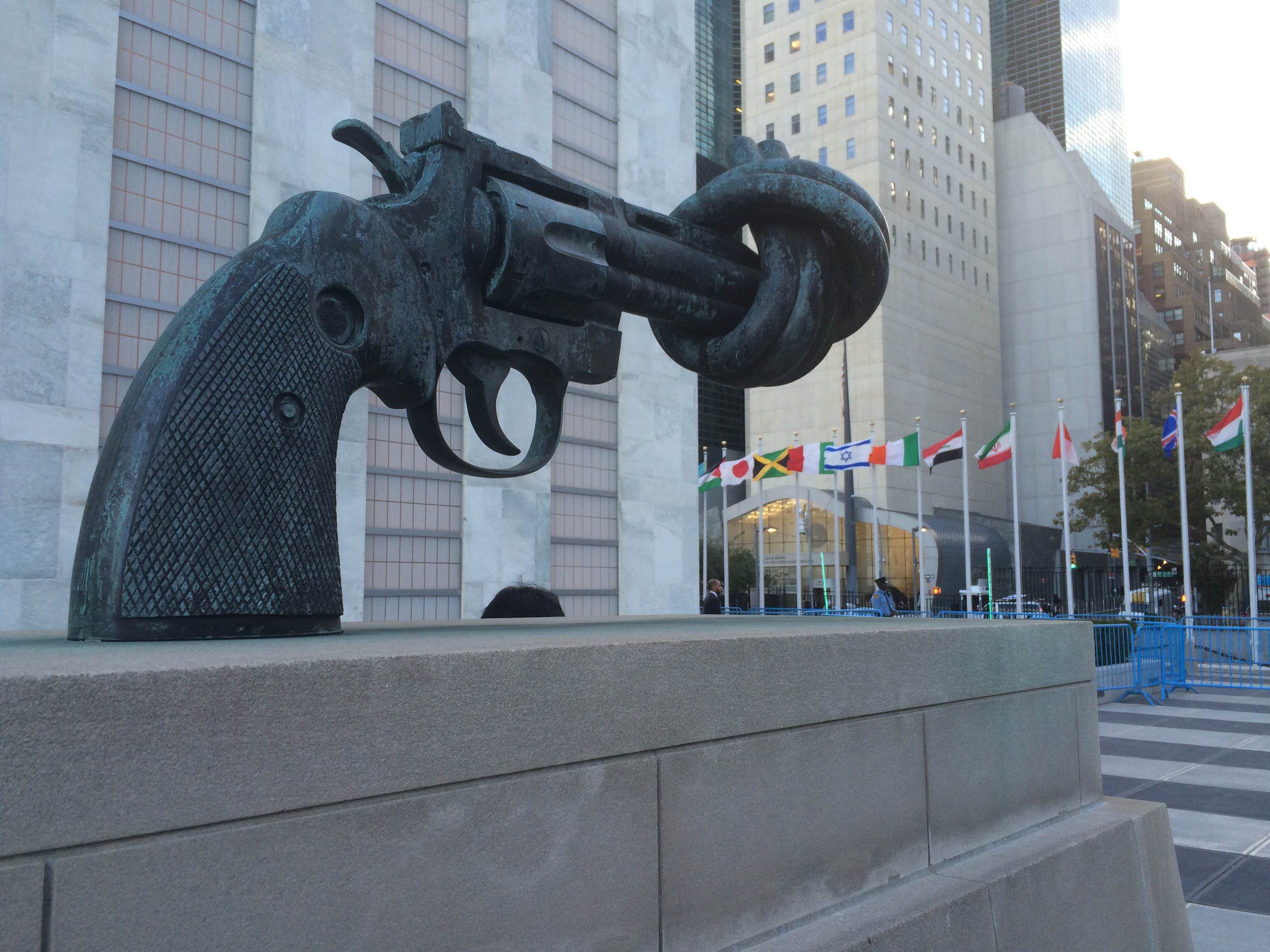 The refugee crisis was discussed at length at the 70th annual United Nations General Assembly (UNGA) in late September. World leaders met in New York to debate the maintenance of international peace and security and successfully wove in refugee-related concerns into the context of war, poverty, equality, and economic development. The connection between migration and development has not always been an obvious one to heads of state, but the potential is enormous and suddenly on the international community’s radar.

According to Garça Machel, Nelson Mandela’s wife and a human rights activist, the SDGs have a framework meant to enhance accountability on the part of governments to actually achieve the goals. Speaking to a group of United Nations Foundation (UNF) Press Fellows at the Social Good Summit in late September, Ms. Machel explained that the SDGs offer an opportunity to participate in implementation and provide political momentum.

One significant milestone that the SDGs have already accomplished on paper is the inclusion of migrant human rights and migration policy goals. Since the MDGs were adopted in 2000, international migration has increased by 32 percent and Europe is now confronted with its worst refugee crisis since World War II.

The Migration and Development Civil Society Network pointed out that the SDGs include at least 7 explicit references to migration and the rights of people who relocate. In the Declaration, the intentions are made clear “to ensure safe, orderly and regular migration involving full respect for human rights and the humane treatment of migrants regardless of migration status, of refugees and of displaced persons.” Within the targets, references are made to the elimination of human trafficking, safe working environments for migrant workers, facilitation of orderly, safe, and regular mobility of people and migration policies, and a reduction in transaction costs of migrant remittances.

The inclusion of migration is a welcomed change, but it should have been at the forefront of UN agendas years earlier. Antonio Guterres, the UN High Commissioner of Refugees (UNHCR), explained that the multiplication of new conflicts displaced 11,000 people per day in 2010 and 32,000 people per day in 2013. “I’ve been coming to New York for the United Nations General Assembly every year but it wasn’t until this year that refugees were at the center of talks.” What changed?

In 2015, refugees moved en masse to the developed world, which propelled their plight to the realm of international political saliency. According to Guterres, this attention is shocking considering that that 80 percent of refugees are still located in the developing part of the world. “The rich only recognize the problem of the poor when the poor enter their home,” he said at the UN Foundation press conference.

UNHCR is advocating and asking Member States for more resettlement and integration opportunities. Specifically, more legal routes to Europe so that refugees and migrants aren’t forced to put their lives at risk and face exploitation by smugglers. Currently, migrants and refugees are bouncing from one country to the next because there is no reception capacity in place, leading  to chaos and confusion.

The ideals of the SDGs are admirable and put more political pressure on Member States to address the devastating humanitarian crisis resulting from forced migration. But the fact still remains that immigration and asylum practices are products of an individual country’s national sovereignty and ways for them to control their borders. The international community can do little to combat a lack of political will to integrate and resettle refugees. “This is where civil society comes in,” Guterres said. “I have more confidence in community organizations putting pressure on governments to receive refugees than the international community.”

Migration can propel positive changes in developing countries. According to the World Bank, the largest and arguable most effective antipoverty effort in the world is financed by the poor themselves. Once they move across borders, many migrants send money, known as remittances, back to their families in their countries of origin. Total remittances to low and middle-income nations are nearly three times the amount of foreign aid to those countries.

Amina Mohammed, Special Advisor to the Secretary General on Post-2015 Development Planning admits that the SDGs are not all-encompassing but they do link development with migration by creating a foundational basis. But is that enough?

At a UN high-level migration meeting during UNGA, heads to state stressed how migration can be a positive force if out of choice, not fear. There is a different between forced migration and planned migration, but officials need to acknowledge that both can be a driver for human and social development. Refugees have agency regardless of their motivations for relocating, and make decisions based on perceived opportunities and family connections in other countries.

People will always be on the move. We can’t wait for peace to come to Syria, for example, so in the meantime, Member States must address the logistics of creating and implementing migration policies focused on mobility. But at the UN, a discussion on pragmatic solutions to adequate migration policies was lacking.

The fact that there is no multilateral framework at the international level to deal with migration might explain why its so hard to talk about it outside of its theoretical benefits. We have international law practices, codified in the 1951 Refugee Convention defining humanitarian principles regarding refugees and nonrefoulement, which ensures a right to asylum for those escaping persecution. But no such document exists for the general right to relocate. UNHCR acknowledges this detrimental gap and Guterres has commented on the need for a migration framework to be fostered in conjunction with the existing refugee one. This pivotal conversation was missing at the UN. 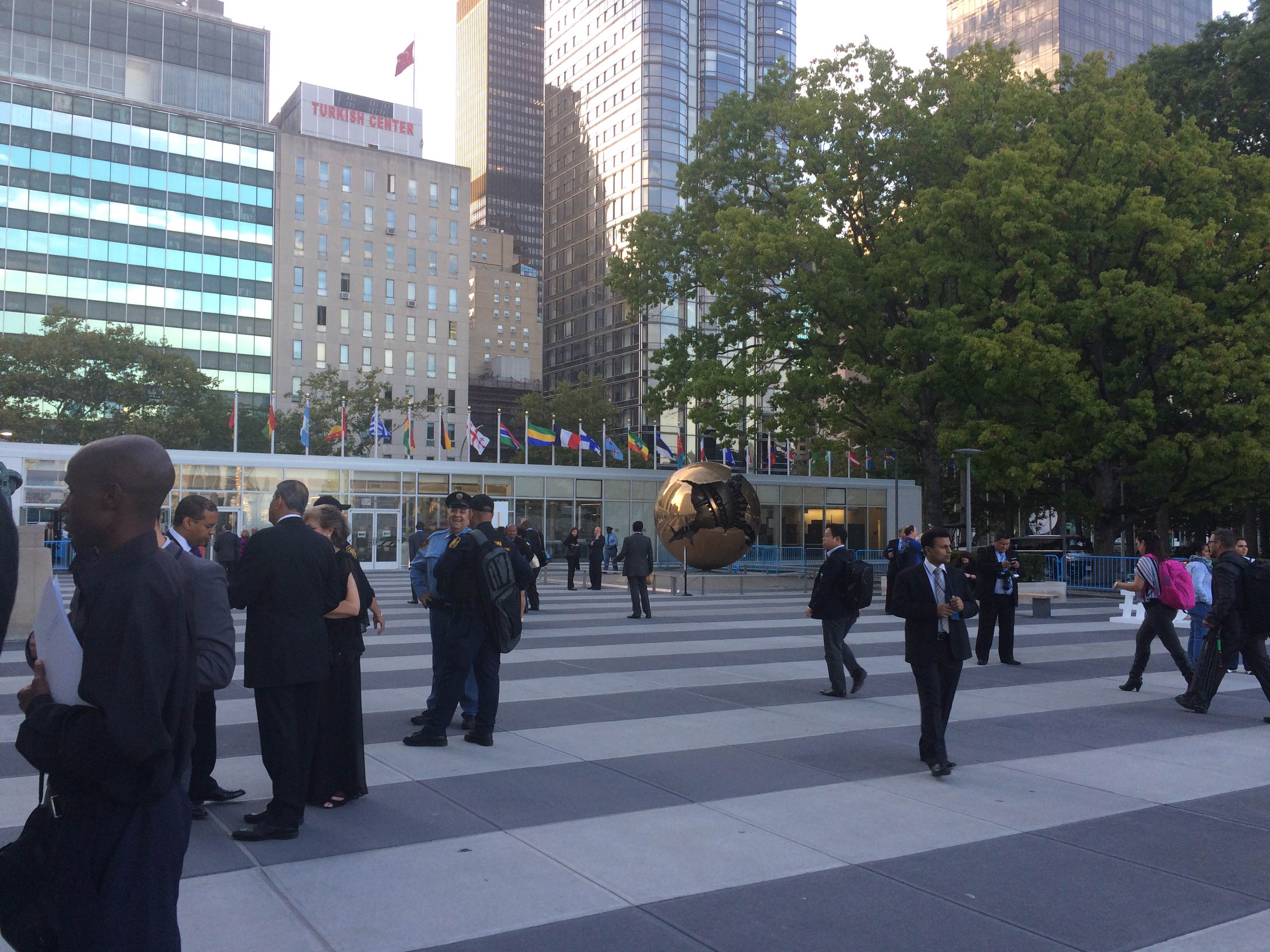 When asked if the UN Declaration of Human Rights was still relevant or appropriate in the 21st century to deal with the current migrant and refugee crisis, the UN High Commissioner for Refugees responded, “nothing is perfect.”

And there you have it. The UNGA addressed the refugee crisis and the link between migration and development – milestones, to be sure – with ideals laid out that everyone can stand behind. But indeed, it was far from perfect. Here’s hoping we take it further before 2030.