Update: You May Now Qualify for the Provisional I-601A Waiver 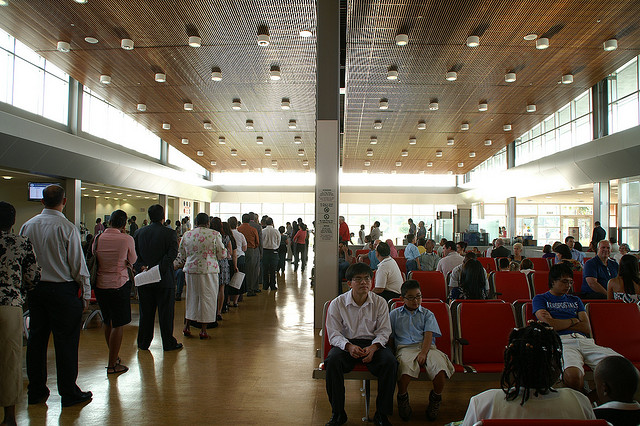 Immigration law can be extremely confusing and difficult to navigate, especially as reform policies are increasingly politicized in presidential campaigns. But despite all the media rhetoric, it appears as though there might be some good news afoot regarding immigration reform.

On July 15, 2015, the Department of Homeland Security (DHS) issued a draft regulation to expand existing options for family members of U.S. citizens and Lawful Permanent Residents (LPRs) to immigrate to the U.S. The proposed expansion aims to reduce the time that individuals spend separated from their families while waiting for their waivers of unlawful presence to be approved. The proposed changes are pursuant to President Obama’s executive orders, issued November 2014, and would expand the current I-601A provisional waiver to cover more immigrants, who are beneficiaries of petitions in certain immigrant visa categories, including approved family-sponsored and employment-based applications.

If you are seeking an immigrant visa but are inadmissible to the United States because you were present in the country unlawfully, an I-601 or I-601A form must be completed. By filing, you seek a waiver of certain grounds of inadmissibility. The I-601 waiver can be filed while you are abroad, and you wait for its adjudication abroad.

The I-601A Waiver is slightly different in that it allows immediate relatives of U.S. citizens to request that their unlawful presence be waived while they are present in the United States. They are permitted to appear at a U.S. embassy or consulate for their immigrant visa interview, after the waiver is approved. Since March 4, 2013, this process was developed to shorten the time that U.S. citizens are separated from their families, while relatives waited to obtain immigrant visas to become LPRs. It benefitted only the spouses, parents, and children of U.S. citizens. Left out from this form of relief were beneficiaries of petitions filed by spouses, children, or other relatives of LPRs, and beneficiaries of employment-based petitions and special immigrant visas.

The proposed expansion of eligibility for the provisional unlawful presence waivers (I-601A) is a hopeful change in the ongoing court and social battle for immigration reform. In the interest of encouraging eligible people to complete the visa process abroad, promoting family unity, and to enhance administrative efficiency, the new rule would broaden who may be considered a qualifying relative for purposes of the extreme hardship determination to include LPR spouses and parents.

Previously, DHS only allowed parents, spouses and children of U.S. citizens, residing in the U.S., to apply for an I-160A. Under the proposed expansion, I-130 recipients (alien relative visa) recipients and LPRs would also be included as qualifying relatives. The new rule also broadens eligibility to include U.S. citizens to family sponsored immigrants, employment-based immigrants, diversity visa applicants and certain other special immigrant categories.

The proposed expansion was published with the federal register and USCIS will receive comments on the draft regulation until September 21, 2015. These are the initial steps for the proposed rule to become a final rule, issued in Spring 2016. It is cause for excitement, considering how encompassing the eligibility expansion will likely prove. In an IWL.com blog post, Alan Lee pointed out that, unlike the expanded DACA and DAPA programs that were announced in the President’s Executive Actions, the I-601A program expansion has not been challenged in the courts and is not expected to be the subject of litigation.

According to a White House Press Release, these actions are critical steps forward in reforming our broken immigration system. These changes will benefit many undocumented immigrants in the U.S. and despite the ongoing political stand-off, the expansion gives hope for more improvements in the future.