Among Cabinet Picks, Trump’s AG Not the Exception

Based on the qualities they possess, attempting to analyze any one of the President-elect’s prospective cabinet members as serious candidates is a near-impossible task. Trump’s cabinet is now filled with the creepy uncles of the members of a comic book-esque gang of villains bent on world domination and destruction of their rivals. We have climate change denier Mr. Myron Ebell, who Trump pegged as the head of the EPA. Next up, Ken Blackwell at the helm of Trump’s transition team on domestic issues. Blackwell is a senior fellow at a known anti-LGBT hate group and has claimed loudly and without base that “very large numbers of gay men are child molesters.” Then there’s Kris Kobach, part of the immigration transition team, a man with professional and personal ties to known anti-immigrant groups and who helped author the “Papers, please” immigration law in Arizona, which famously invited racial profiling on the part of law enforcement. Perhaps most famously, Trump gave Steve Bannon the nod as chief White House strategist, a white nationalist panderer and media provocateur who is the darling of numerous unsavory characters such as a former Ku Klux Klan Grand Wizard and the head of the American Nazi Party. How can we pick just one?

Trump’s rolling out of his herd of hardliners has made other cabinet position announcements seem more mainstream – at least we have heard of Jeff Sessions and Rudy Guliani, right? It is our task as citizens, however, to prohibit bigotry and exclusion from becoming the new normal, regardless of its packaging. Alabama senator Jeff Sessions is almost guaranteed the job of Attorney General come January, and his long career of pushing extreme anti-immigrant policy could mean that the entire ethic surrounding our immigration system could drastically change.

President Obama has struggled to define his legacy on immigration. On one hand, he delivered and advocated for unprecedented relief for our undocumented neighbors — a legal path to a green card through executive actions known as DACA and DAPA. On the other, during his tenure, DHS has pursued an aggressive removal protocol, and record numbers of immigrants have been deported during Mr. Obama’s two terms. Any lingering atmosphere of compassion, however, will be incinerated under the watch of Jeff Sessions. 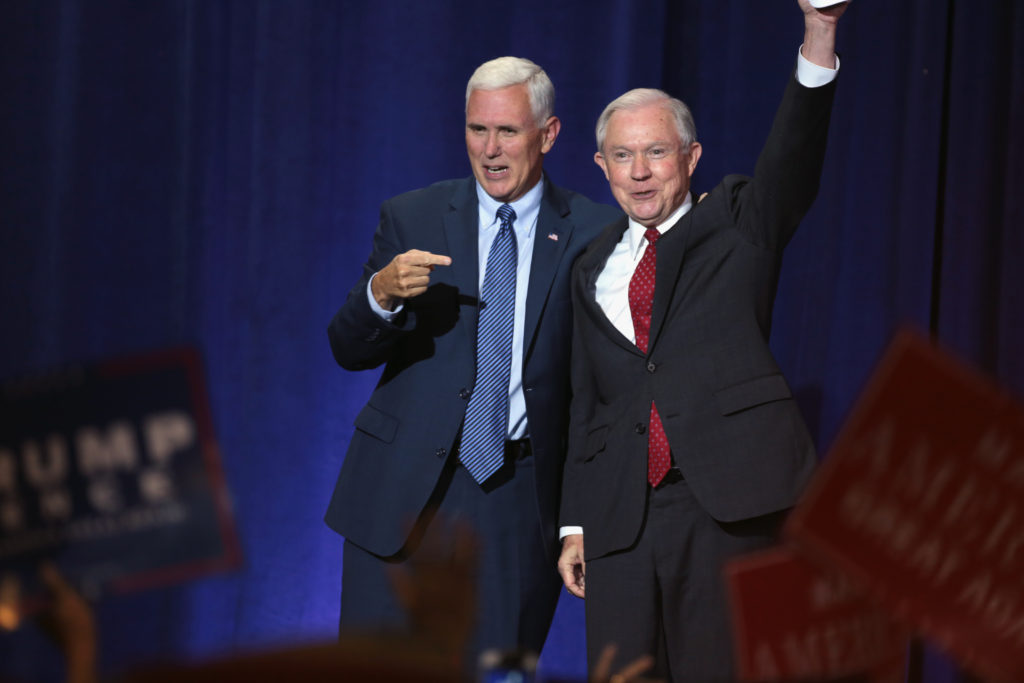 It is impossible to predict exactly how Sessions’ promotion to AG will affect immigrants in the United States, but his past policy endorsements and positions on the subject can help clarify our crystal ball. According to the director of advocacy for the American Immigration Lawyers Association (AILA), “Sen. Sessions’ public statements and history on immigration give [us] real reason to be concerned that his positions, if confirmed as attorney general, would not uphold the values embodied in the Constitution to protect due process and fairness.”

Mr. Sessions’ record in Congress alone could serve as a primer on restrictionist immigration policy. Unsurprisingly, Sessions rallied against the bipartisan 2013 comprehensive immigration reform bill, which would have revamped the entirety of our immigration system, including a pathway to citizenship and beefed up work authorization and border security. He led the failed crusade to defund Obama’s immigration executive actions. And after major Republican victories in the midterm elections in 2014, Sessions released a memo, titled the “Immigration Handbook for the New Republican Majority.” The memo, which reads like a nationalist manifesto, is full of untruths which cast undocumented immigrants as both job-stealing sharks and welfare manipulators, and as a homogenous population with a singular focus on uncutting the success of the American worker.

Pushing him even farther to the fringes are Sessions’ views on legal immigration. During the mark up period for the 2013 immigration reform bill, Sessions proposed an amendment to the bill that would limit legal immigration. The proposal failed, 17-1; Sessions was the only vote in favor. As one immigration advocate put it, “Sessions is the most anti-immigrant senator in the chamber…He enjoys that distinction without much competition.”

Essentially, Jeff Sessions is opposed to every reform or protocol that would allow more immigrants into the United States, or make their lives more comfortable once they have arrived. And let us not forget, Mr. Sessions has been tapped in the past for a promotion by a President, a nomination derailed by Sessions’ troubling views on race. Pegged for a federal judgeship by Ronald Reagan in 1986, Mr. Sessions was never confirmed because of details that came to light in his Senate confirmation hearings, details including calling the NAACP “un-American,” and threatening a black attorney who worked in his Alabama prosecutor’s office by warning that the individual ought to “be careful what you say to white folks.” At the time, more than thirty years ago, the late Senator Ted Kennedy commented on his confirmation, saying, “Mr. Sessions is a throwback to a shameful era which I know both black and white Americans thought was in our past. It is inconceivable to me that a person of this attitude is qualified to be a US attorney, let alone a US federal judge.” This person, whose views were “a throwback to a shameful era” thirty years ago will be the new top law enforcement official in the United States. 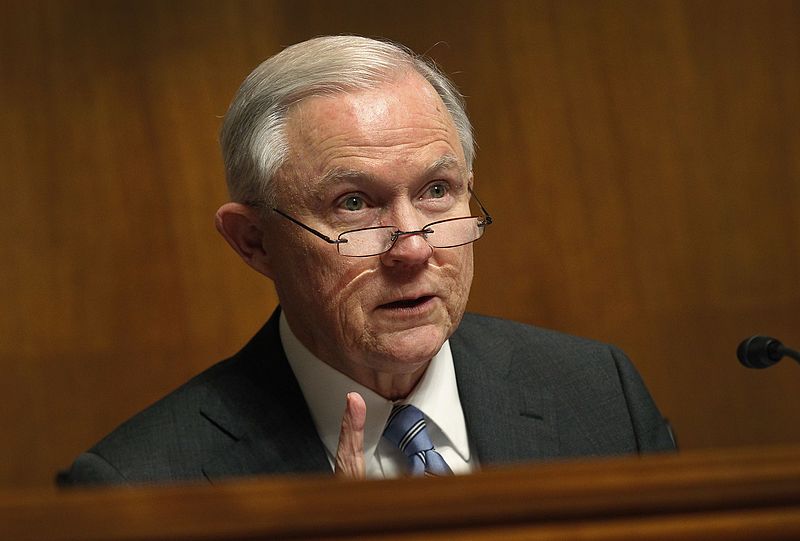 Sessions’ upcoming term as AG could come to be characterized by isolationist, anti-immigrant crackdowns, but the Senator will certainly confront roadblocks in policy implementation, even from within the Trump Administration itself. One way Sessions could fast-track deportations is to hire Immigration Judges aligned with his views to combat the notoriously long backlog of immigrants waiting for a hearing. However, this strategy would run directly contrary to his new boss’ promise to freeze all new federal hires in his first hundred days in office. Further, Senate Democrats have promised to make Sessions’ road to AG long and painstaking; eight Democratic members of the Senate Judiciary Committee, the body responsible for the AG’s confirmation, indicated as much in a letter to the Chair of the Committee.

There is no getting around the fact that as AG, Jeff Sessions will wield expansive power to influence immigration policy for decades to come. The office affords him the ability to personally write opinions and issue orders that are as legally forceful as defining who is eligible for asylum, for example. He would set priorities for federal prosecutors, and he could choke off Depart. Of Justice (DOJ) funding to sanctuary cities, or sue them for noncompliance. The reality is, Mr. Sessions will have serious sway at every level of our immigration system, and his apparent policy priorities could have grave implications.

Donald Trump’s election win was underpinned, at least in part, by our normalization of his views and behaviors. Because scandal became commonplace, it became expected, and our standard for shock was increased week by week, our outrage steadily dampened. But his shocking beliefs are no longer theoretical – they now exist somewhere much more real than in the campaign ether. They are manifested in his Cabinet picks, in his nepotistic conduct during his transition. And in January, they get teeth.

To concede to disillusion and discouragement and become complacent about the selection of individuals like Jeff Sessions will, without question, lead to the denial of due process and to systematic subjugation and suppression. We must always remember that, regardless of the rhetoric, we do not have to define ourselves by the opinions of our elected and appointed officials; in fact, it is our duty to resist this urge. The majority of Americans support a pathway to citizenship, including a large minority of Republicans. For example, 6 in 10 Americans and nearly half of Republicans are in favor of relief for immigrants brought to the country by their parents as children. Let us never normalize the alarming policies and leadership choices of the new Administration just because it is what we have come to expect.