The Insurrection and its Aftermath

The events of the last two days have shaken us, our country, and much of the world. As the smoke clears, and the meaning of last Wednesday’s events and their aftermath start to reveal themselves, we can begin to take stock.

First, there are plenty of reasons for continued concern. While the insurrection has failed miserably, Trump — the instigator— is still President and his ability to cause further calamities for our country remains. However, a consensus has emerged among the majority of our country’s leaders that Trump is indeed a menace, and action needs to be taken to either remove him or restrain him from doing further damage in the remaining days of his term. Some major social media platforms have either taken down or frozen his accounts. Many of his supporters in Congress have had a change of heart about him. 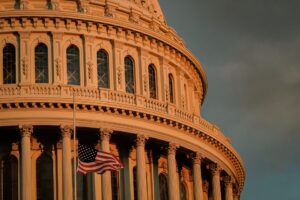 What does all this mean to us, who remain observers of these momentous events, as we seek to adjust to this reality. First, our commitment and responsibilities toward our work, our clients, and each other, remains. We are continuing, as does most of the country, with the business of the day, each day, and we go forward with faith in the American people and the forces of reason and good will. Those who have fallen prey to the delusions and lies of an unprincipled and unhinged President, will eventually lose, for reality can never be defeated. The truth always prevails in the end. But in the meantime, as we have seen, people may get hurt.

Although we are just a small law firm tucked away in a far corner of the country, what we do, and how we react to the events of the day, still matters. We believe in a bright future for this country and for its future generations. So we continue our work and our mission to contribute in whatever way we can, to do our part to build that future, to fulfill our dreams and those of our ancestors, for a better world.

Although we are ashamed at many of the actions this administration has taken in our name, we look forward to the coming of the new administration because we believe our new leaders will work to bring back decency and humanity to our government, so we can all feel proud as Americans and as citizens of the world.