Reform, Not Fingerprinting Parents, Would Ensure the Safety of Child Refugees 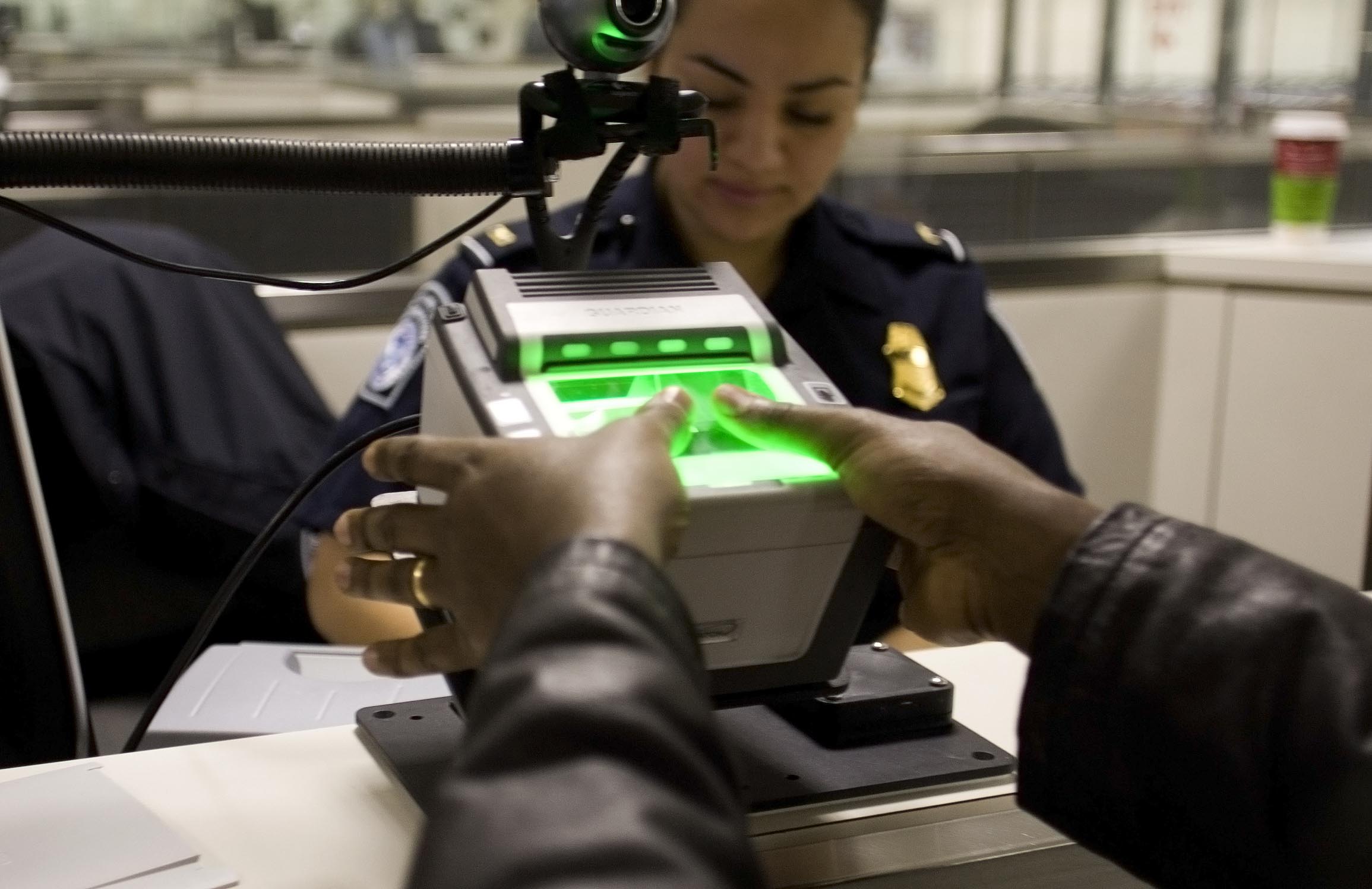 A traveler arriving at Washington Dulles International Airport Monday uses the new US-VISIT mechanism that records all 10 fingerprint images. Accessed via Wikimedia Commons, courtesy of US Customs and Border Protection.

In response to a February Senate hearing on immigration, Immigration and Customs Enforcement (ICE) submitted a policy proposal that would require every person claiming custody of a detained unaccompanied minor to submit fingerprints, including parents. Until now, the policy for claiming custody required fingerprints for non-parent adults only. The Department of Health and Human Services (HHS) is concerned that ICE’s proposal has the potential to keep families separated.

The detained minors in question are the hundreds of thousands who flooded to the southern U.S. border, primarily in 2014-2015, to seek refuge from the endemic violence and poverty in their Northern Triangle countries of origin, including Guatemala, El Salvador, and Honduras. In January 2014 – April 2015, more than 31,000 unaccompanied Central American minors were claimed by their parents in the United States, parents who would have to be fingerprinted under the new ICE proposal. The surge of migrant children has overwhelmed the U.S. asylum system, and their prolonged detention in often subpar conditions draws heavy criticism from human rights organizations. The proposed fingerprinting expansion would only further delay reunification, thus extending detention stays and enlarging the need for more facilities.

In the internal memo, ICE claims that the safety of the refugee children would be ensured and the fingerprint data checked against the FBI criminal database. But this claim is problematic. For starters, the parents of these vulnerable minority-aged migrants, who are coming to claim their children after years of separation, are not a danger to their own children. According to Reuters, who initially obtained access to the internal ICE memo, “HHS had placed some migrant children in homes where they were sexually assaulted, starved or forced into labor for no pay. None of the known abusers had claimed to be parents.” Many adult sponsors, none of whom claimed parentage, had not gone through basic background checks or home visits. In Ohio, for example, six Guatemalan unaccompanied minors were housed with human traffickers and, compelled by death threats, forced to work up to twelve hours a day on egg farms.

Second, making fingerprinting compulsory could potentially place undocumented parents of child refugees in impossible positions. Should they expose themselves as undocumented by submitting to having their fingerprints taken — a choice that could ultimately separate them from their children anyway? Or do they leave their children in detention, in deficient conditions for an unknown amount of time, in an attempt to navigate the insufferably clogged asylum system on their own?

ICE purports to prioritize child safety; but realistically, fingerprinting will act as a deterrent for parents claiming custody of their children. The proposal will serve as a roadblock to family reunification and will further overwhelm a swamped system by leaving children, who would otherwise be home with their parents, languishing in detention facilities. Parents make up 60 percent of custody claims, and considering the dreadful consequences of an already-inundated HHS, processing parent fingerprints could in fact prove more dangerous.

As Reuters suggests, “the proposal underscores the sometimes conflicting goals of federal agencies in dealing with undocumented immigrants.” However, the proposal also highlights how many enforcement-first immigration policies can’t see the wood for the trees. On its face, it seems reasonable to know exactly who a person claiming custody of a child is, and that they are not a criminal — opponents of immigration reform and inclusivity see it this way.

On the whole, however, the proposed fingerprinting requirement looks to solve a problem that does not actually exist, and in fact, makes problems that ought to be confronted more severe. Unaccompanied children are endangered on a daily basis because overwhelmed home placement services put them in unsafe, unvetted environments — homes with adult sponsors who are not their parents and do not have their best interest at heart. Their lives are put at risk because of an ill-equipped, saturated asylum system that haphazardly expedites the removal of children, most often without proper legal representation, back to violent, unstable countries of origin.

If the goal is to truly safeguard unaccompanied child asylum-seekers, then perhaps reforming the overloaded system that so acutely jeopardizes their safety should be the priority.