George P. Mann: A Refugee From Another Era 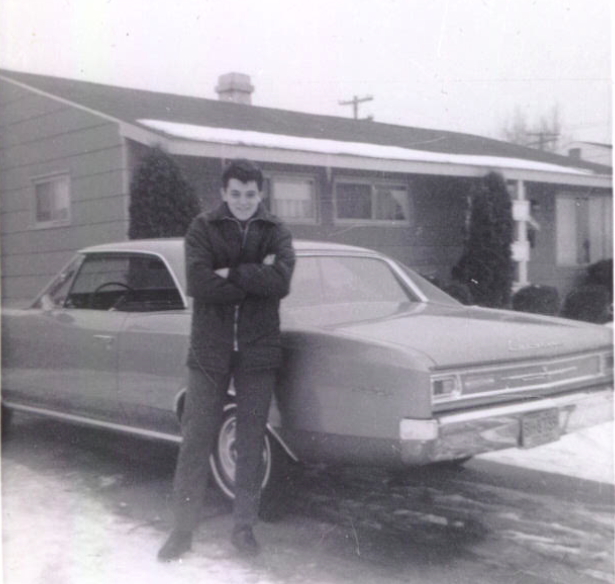 George poses in front of his uncle’s car shortly after arriving in the United States.

I came to the United States at age 16, as a refugee from Communist Romania. It was on September 30, 1964, when I arrived with my parents aboard a big passenger ship named SS Independence. As we neared New York City, the Statue of Liberty loomed above. I felt like an astronaut stepping on to the surface of the moon. The immense skyscrapers and unfamiliar faces of people, who dressed so differently, gave me a feeling of landing on another planet very far from home.

I had never been on a cruise ship before and although we traveled in a third class cabin, the marvelous amenities aboard seemed heavenly. Truth be told, my experience as a refugee was far from those poor souls boarding rickety boats and taking to the high seas to find safety in lands where they are not wanted. I was very lucky, and I knew it even then.

In New York, we were taken to the amazing Pennsylvania Station to board a train to Detroit, where my brother’s mother was waiting for us. He also came to the U.S. as a refugee back in 1949, after being liberated from a Nazi concentration camp in Germany and waiting in a temporary camp for displaced people. Somehow he ended up in Detroit with a refugee visa and we eventually followed his footsteps to America’s “Automotive Capital.”

Now, after so many years, I look back and wonder what kind of life would have been possible had I not had the good fortune to end up in this country. I try to remember every day and feel grateful that this country opened up its arms to me and made it possible to build a family and a good life here.