Reading Between the Lines

Ever wonder what thoughts and prejudices reside in a person’s heart? Unless they’re excessively honest, the answer is obviously unknowable. Yet interpreting outward signs of how a person speaks and acts can lead to a highly educated guess.

In a speech given in 2002, well-known conservative columnist Pat Buchanan said, “In the next 50 years, the Third World will grow by the equivalent of 30 to 40 new Mexicos. If you go to the end of the century, the white and European population is down to about three percent. This is what I call the death of the West.”

This quote purports to be a sincere claim about the ethnic character of immigration, but if the way in which Mr. Buchanan discusses the implications of what he predicts is considered, it is not hard to recognize his statement as a thinly-veiled, anti-Hispanic and xenophobic sentiment. 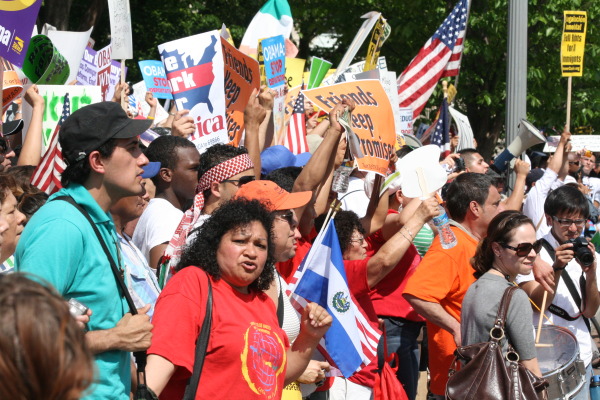 Other times the clues a bit more subtle. On February 16, U.S. District Judge Andrew Hanen in Texas v. United States chose to hide behind the fig leaf of a legal technicality when he struck down President Obama’s Executive Order on immigration, the Deferred Action for Childhood Arrivals. According to Politico, the decision came just two days before officials were to begin taking applications. By claiming that the required period for public notification and comment had not transpired, Hanen scuttled the program on procedural grounds.

Judge Hanen is widely recognized as a highly intelligent and thoughtful jurist. His CV lists his first in class ranking at Baylor University Law School, a clerkship for a federal judge and years of successful private practice. Yet shortly after his ruling a statement by a panel of over 100 legal scholars strongly criticized the legal reasoning behind Judge Hanen’s ruling. The tone of the statement is so strong that one might wonder if the judge set ordinary reasoning aside and allowed his own personal biases to influence his decision.

Among other claims, the document asserts, “In the Texas decision, Judge Hanen declares that ‘The Government must concede that there is no specific law or statute that authorizes DAPA.’ However, the government need not concede anything here, because there is strong legal authority for deferred action in general, and for DAPA and DACA in particular as forms of deferred action. To explain why his reasoning is erroneous, it is crucial to understand that deferred action is a longstanding form of prosecutorial discretion.”

The legal scholars declare DAPA/DACA to be legally sound, and not needing justification from the Government. Was Judge Hanen simply mistaken in his reasoning? Or perhaps, does the fact that his reasoning was so resoundingly dismissed by a group of esteemed legal authorities suggest some hidden motivations for his erroneous ruling?