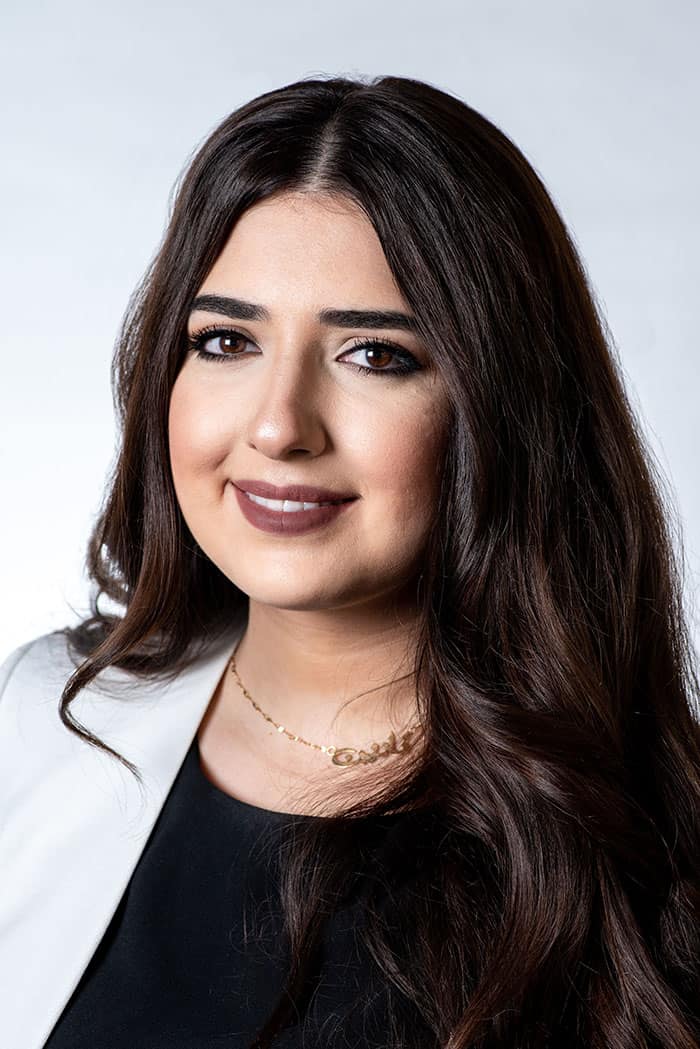 During her studies, she was involved with the immigration clinic for two terms, aggressively advocating for marginalized individuals. It was at this time she gained exposure to a multitude of cases relating to immigration law, including asylum, U-Visas, VAWA, unaccompanied minors, naturalization, attending USCIS interviews, and appellate briefs to the 6th Circuit. Additionally, she expanded her knowledge of Immigration law by enrolling in courses such as immigration consequences of criminal acts, asylum and refugee law, constitutional law, and wrongful convictions during her law school career.

As a new graduate, she joined George P. Mann & Associates to practice immigration law exclusively. At our firm, Nadine utilizes the skills she obtained to advocate on behalf of clients during USCIS interviews and Immigration Court as needed.