Modern Slavery: Another Illness That Continues to Plague

Many people today believe that slavery is a thing of the past but sadly, slavery is very much alive and can be found in every single country in the world. An estimated 40.3 million people are in some form of modern slavery today. To bring awareness to this issue and to abolish it completely, International Day for the Abolition of Slavery which is recognized annually on this day, has become a global event observed by all the member nations of the United Nations (UN).

Modern slavery is used as an umbrella term to describe people in exploited situations which they are unable to leave from because of threats, violence, coercion, deception, and/or abuse of power. Modern slavery also takes many different forms such as forced labor, debt bondage, forced marriage, and human trafficking, etc. The UN human rights bodies have found that old forms of slavery have carried over from traditional beliefs and customs continue to persistent as well. These are usually targeted against minority groups in different societies. 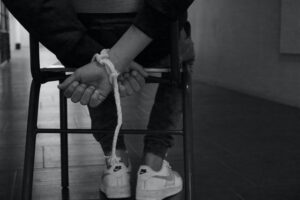 Migrants seeking opportunities to come to the U.S. are some of the most vulnerable when it comes to being a part of modern slavery.  In 2019, there were a total 250 million migrants in the world of which 16% were in modern slavery. This is because many migrants fleeing situations of violence and conflict, are dislocated from their community, and lack access to legitimate forms of employment, legal status, as well as social protection. As a result, these migrants turn to irregular channels of moving and working leading them into a state of exploitation.

So what can be done? Over the years, the UN has advocated various protections for vulnerable migrants and victims. These include providing protection for those fleeing repressive regimes, ensuring access to decent work and finances, and addressing the threat of deportation and detention for migrants seeking help as a result of employment abuses. Fortunately, these are some of the same measures members of congress are working towards implementing today. However, such measures even if enacted in the short term, could take years to implement and enforce on a global scale to the point where modern slavery is finally abolished.  In spite of this daunting task, it is necessary to continue working towards ending one of humanity’s oldest and worst injustices in order to create a better world.