On Election Day, voters in the State of Michigan overwhelmingly approved Proposal 1, officially legalizing marijuana for recreational use. For residents of the state and citizens across the nation, marijuana can now be consumed legally within the parameters set out by Michigan law. 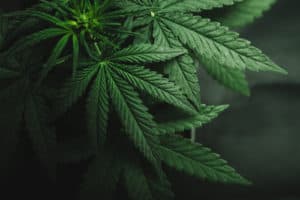 However, for legal permanent residents, the undocumented and those in the U.S. on other visas, the picture is not so simple. Under the Controlled Substances Act enacted under federal law, marijuana remains a Schedule 1 Controlled Substance. Furthermore, the principles of Immigration Law are regulated by the Immigration and Nationality Act (INA), a federal statute. This means Immigration Judges in Michigan will continue to treat marijuana as a controlled substance as is classified under federal law. Therefore, being caught using or possessing marijuana or admitting to such activity remains a federal offense that might jeopardize one’s status in this country, whether they are documented or not. Furthermore, expect crimes such as driving under the influence to be treated with the same seriousness as drunk driving under local, state, and federal law enforcement.

Crimes of marijuana usage or possession, though they might appear minor, have the potential to derail any possibility of becoming a U.S. citizen and can even result in deportation. A perfect example is Dorid Marogi, who was arrested by ICE last year along with hundreds of other Chaldeans in immigration limbo. Fourteen years ago, Dorid lost his green card due to marijuana related charges for which he served time and was facing the all-too-real possibility of deportation to his native Iraq. This was all in spite of the fact that he has a steady job, has been clean since the conviction, is married to a U.S. citizen, and has four U.S.citizen children.

Federal law enforcement agencies such as U.S. Customs and Border Protection (CBP) and U.S. Immigration and Customs Enforcement (ICE) agents still have the right to question or make arrests for usage and possession of marijuana. This questioning is likely to become more prevalent in Michigan now that the state has legalized cannabis. The same goes for Canadian citizens entering the United States, whether for business or leisure.

Following nationwide legalization of cannabis from our neighbor to the north, the CBP released a  statement, reminding the public of their wide discretion to refuse entry to Canadians who have admitted to using marijuana in Canada. This includes anyone they determine “to be a drug abuser or addict, or who is convicted of, admits having committed, or admits committing, acts which constitute the essential elements of a violation of (or an attempt or conspiracy to violate) any law or regulation of a State, the United States, or a foreign country relating to a controlled substance.” Simply stated, if you intend to bring marijuana in through the border and lie about usage and possession to CBP, think again. This agency has wide discretion to, “search, without a warrant, the individual, as well as his or her luggage, electronic device(s), or car if the officer has reason to believe that such a search would result in the disclosure of a grounds of inadmissibility.”

So, what do you do if you are undocumented alien, a green card holder or here on some other visa? First and foremost, refrain from using marijuana or working in the marijuana industry until you are a U.S. citizen. If you do have a medical need for it and no other good substitute exists, then it is crucial that you seek out appropriate council first.

Furthermore, it is crucial that you do not attract unwanted attention to yourself or do anything that might put you at risk of being arrested like leaving the house carrying marijuana, a medical marijuana card, paraphernalia (like a pipe), or accessories like marijuana T-shirts. Furthermore, federal agencies have wide discretion to look through social media records, so don’t have (or keep) photos or texts about you and marijuana on your phone, Facebook, or any other social media outlets that might be accessible to the public.

Lastly, never EVER discuss marijuana use or possession with any immigration or border official, unless you have expert legal advice that this is okay. Nonetheless, if an official asks you about marijuana, you may exercise your right to remain silent by saying that you don’t want to talk to them and you want to speak to a lawyer. It is crucial to exercise restraint because once you admit to marijuana usage, it is on the record and impossible to retract. If you did admit this to a federal officer, contact a reputable immigration attorney as soon as possible.

Though it might be tempting to partake in what is a now a legal activity statewide, it is crucial to be aware of the inherent risks one faces as a non-citizen in the United States. When in doubt, opt not to engage in activities like marijuana usage that put you at risk of being caught and deported by Federal authorities. Otherwise, your status in the U.S. may go up in smoke.