In America’s criminal justice system, the accused enjoy the assurance of a speedy adjudication of the charges against them. Unfortunately, this constitutional guarantee does not apply to undocumented immigrants seeking to avoid deportation or gain permanent refugee status in the US. Even more so, non-citizens do enjoy speedy trial and due process rights when it comes to criminal proceedings, but since immigration law is administrative and ultimately under the authority of Congress, they can make rules that would never be applied to citizens.

The system’s paltry resources reflect this. Immigration cases fall under the jurisdiction of the Executive Office for Immigration Review, a component of the US Justice Department, rather than the federal court system. This separate system is woefully understaffed. As of February 2015, some 429,000 outstanding cases are pending before only 223 judges. In addition to this shortage, the situation presented by the unaccompanied minors exacerbates the situation. “Now it’s the last cases that come in, the recent border crossers — those cases are moved as it is to the front of the line,” comments Judge Dana Leigh Marks, president of the National Association of Immigration Judges, a union of immigration judges. “And that displaces cases that have been waiting on the dockets for months or years depending on the court location” says Marks. The interim created by this situation is mind boggling. In some situations a simple fifteen minute hearing can mean five years of stressful waiting.” 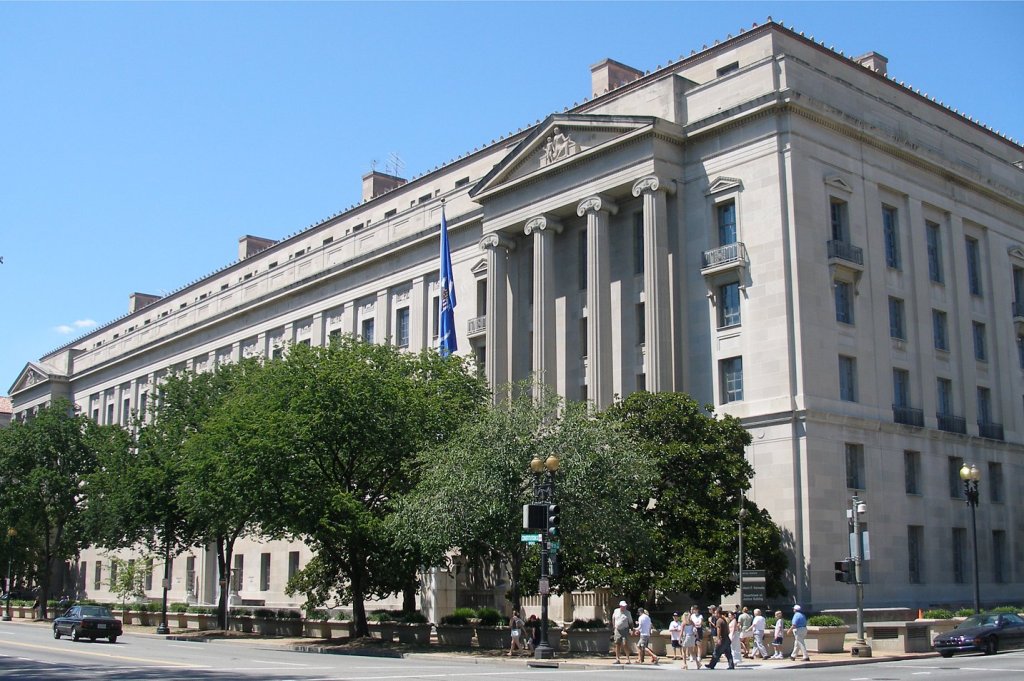 The Robert F. Kennedy Building, the headquarters of the Department of Justice.

Client representation is another issue. Although US law guarantees each defendant’s right to counsel, the government is under no obligation to pay for clients unable to hire an attorney. Given that many defendants are of limited means, the assurance of a just outcome is uncertain. According to Richard Gonzales of NPR, “Government data shows without a lawyer, nine out of 10 unrepresented minors were deported or left voluntarily over the past 10 years.” 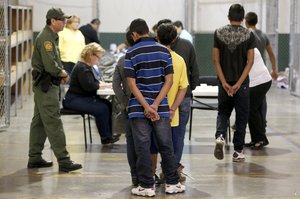 Unaccompanied minors, many of whom are waiting for a court date, wait in line to make phone calls at an AZ placement center. (Photo credit: Ross D. Franklin/Pool/Getty Images)

Relatedly, the minors are often scheduled expedited hearings without knowing of the existence of the hearing. As such they do not appear in front of the IJ, and are ordered removed without any active participation in the process on the part of the minor. This is demonstrative of the priorities of the system – not to advocate for underage refugees, but to slog through an over-packed docket without regard for the well-being and security of the unaccompanied minors.

In 2014, the Obama Administration proposed the hiring of additional judges, and public funding of immigration lawyers. Both initiatives died in the GOP dominated House. Since all spending appropriations must be made by Congress, only they can solve the problem of adding the much-needed judges.