Immigration and visa controls by the wealthy countries of the world – those that comprise perhaps fifteen percent of humanity such as Europe, North America, Japan, and Australia – can be characterized as a system of exclusion, discrimination, and exploitation. While the citizens of the wealthy countries can travel and work in nearly any part of the planet, those that belong to the rest of the world, if they want to travel to or seek employment in the wealthy countries, are forced to “go to the back of the bus.” They have to go through laborious, costly, and often humiliating visa application processes and border controls, and that is when they can even “get on the bus,” as it were. As such, modern immigration is characterized by mounting resentment over the inequity prevailing in the international visa system and escalating protests and confrontations over such issues are a likely to spread. This may lead to a struggle for reform that will likely last many years. At some stage a more equitable system, allowing for a greater freedom of movement for all should and will arise. But this will be achieved only as a result of persistent protest and advocacy. 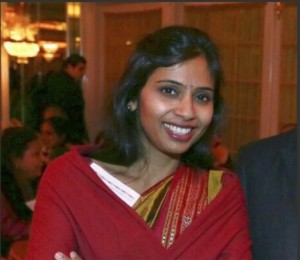 A recent incident in New York involving Indian diplomat Devyani Khobragade has pulled back the curtain – albeit for a brief moment – on the vast difference in perspective between the U.S., the most prosperous and powerful country in the world, and India, the largest democracy and home to a population almost four times the size of the U.S. American law enforcement authorities arrested Khobragade as she was dropping her young children off at school and after her arrest she was strip searched and jailed with common criminals until she was released on bond. The arrest arose from her alleged failure to comply with the visa conditions specified for her household helper, also a citizen of India. Her helper had gone to U.S. law enforcement authorities complaining of long hours and less pay than the prevailing wages specified on the visa application. There is no allegation that she was otherwise abused. The promise to pay such wages is a required part of the American visa process. However, the mandated wage rate is far above the actual pay rate in India for such helpers.

Moreover, American diplomats in India in most cases don’t have to go through such a visa process – they can retain local Indian household help for very modest pay. In addition, long work days for household helpers is not a cultural issue, and therefore American diplomats in India are not required to comply with any particular wages and work condition requirements, or endure the demanding visa process Indian diplomats face for bringing household help with them to the U.S. In addition, there is the issue of “demands for special privileges for its diplomats overseas” which the U.S. routinely makes, as mentioned in a recent New York Times editorial. Certainly such demands don’t help in promoting any sympathy abroad for American actions against such visa violators.

Since the hard-headed local law enforcement officials in New York were unwilling to budge while outrage in India escalated, some sort of solution had to be found. The friendly relations between India and the US were becoming increasingly strained, and the Indian government was taking retaliatory measures against American diplomatic facilities and staff in India. Under such pressures, the state department was forced to step in. That being said, in the U.S. there was little or no sympathy for the Indian diplomat ensnarled in this prosecution – the Indian public’s outrage was no less pervasive.

The inevitable solution after a month of emotionally-charged controversy was solomonic. India, having granted full diplomatic status for Mrs. Khobragade, finally received recognition of her diplomatic immunity from the U.S. State Department. Having asserted such immunity, she was asked by the State Department to leave the U.S. The law enforcement team bent on prosecuting her was thus sidelined. Their pursuit of the Indian diplomat had to be stopped as their zeal threatened the relationship between the world’s two largest democracies. In response to the controversy and for the sake of symmetry, the Indian government demanded an American diplomat in New Delhi also leave; the American government and the diplomat both complied with the request.

It is now the hope of both governments that the relationship between the two states will return to normal. While that may occur, a fundamental reality remains: the Khobragade incident illustrates the disconnect that still exists between the U.S. and other countries on how these issues are viewed. As an Indian journalist quoted in the New York Times wrote, “You have to take Devyani out of this, the support is for her position. What she has done is wrong. What the U.S. has done is also wrong. Since what the U.S. has done is against a country, it will be taken as a matter of prestige.”

The inequities in the international immigration system gave rise to this incident, and they have not disappeared. They will remain and continue to fester, perhaps for decades. But eventually the entire neo-segregationist, exclusionary immigration and border control system will be challenged and ultimately revamped or completely transformed. Masses of humanity trapped in dysfunctional countries where there is little hope for a better future will surge forward and seek greater freedom of movement. Today they are willing to lay their lives down on the high seas and in the deserts, pursuing the same dreams as their predecessors, the other immigrants that came before them and built this country. Thousands have and will continue to sacrifice and lose their lives in the quest for the freedom of movement. They will not be thwarted.